“He’s done naff all”, “not sure”- These Blues fans hesitant about forward’s future at the club 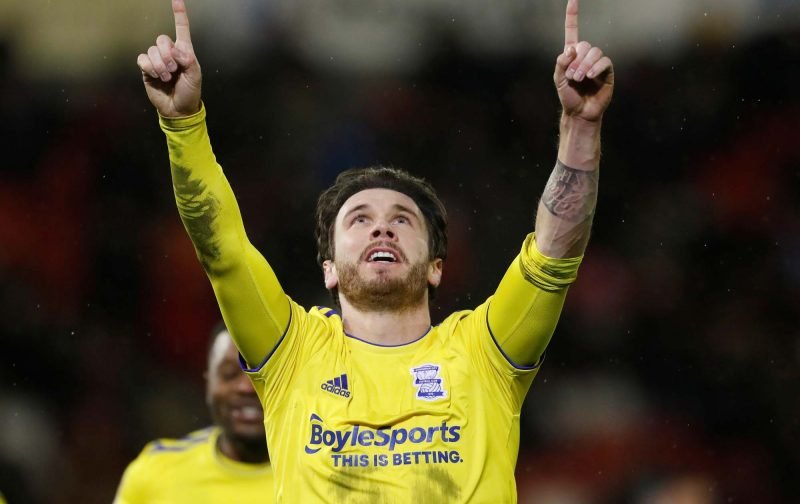 If you can find me a player whose form was more affected by the restart of the Championship, I’d be glad to hear it.

Because I can’t think of one, off the top of my head anyway, who has had such a dramatic drop in numbers once the players returned than Birmingham City’s Scott Hogan.

Having scored seven goals in the eight Championship games since he arrived on loan from Aston Villa, he has gone without finding the net or even contributing an assist since then, and when presented with a golden opportunity to break that run of form against Charlton Athletic from the penalty spot, he missed not only the first effort, but also the rebound.

Which might have gone some way to changing people’s perception of him from a few months ago when he and Lukas Jutkiewicz were forming a great partnership.

Because when @Blues_HQ asked if fans were confident in him being brought back, the majority didn’t seem to have much enthusiasm around the idea.

The fact he’s done naff all since the restart will give our owners the excuse not to sign him.

The guy can score goals which we desperately need. The fact he hasn’t scored since they’ve returned isn’t just down to him. The team has been poor full stop. They’ve looked clueless throughout. I’d sign him and i think any prospective new manager would too.

I think the question should be… Would we want to sign Hogan now? My answer would be no as a new head coach, expensive wage and adds little to the team

I am not sure I want to our club now

What about you? What do you think of Hogan’s situation?

6 Replies to ““He’s done naff all”, “not sure”- These Blues fans hesitant about forward’s future at the club”