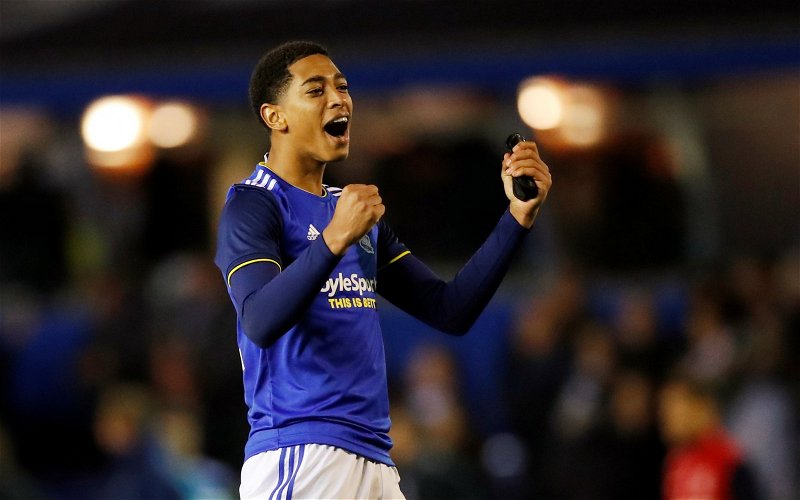 We’d be taking an awful risk if we allowed it to happen.

The question is though; would it be worth it?

Speaking to FootballFanCast, the former Blues academy man and now freestyle footballer Ben Nuttall, who boasts a very impressive 29.4k followers on his Instagram page, gave his view on what he believed was best for fellow academy graduate Jude Bellingham when it comes to his future in the game:

“He looks like he’s got his feet on the ground, but personally, I think Bellingham should stay for another season, just to get a bit more experience, as he has definitely got the technical ability, and then look at the other bigger clubs.”

It also combines what I’ve been saying in recent days about how his sale, if the figure of £30m is indeed the fee that he potentially leaves for, could be a great beneficiary to the club, especially given the prospect of losing gate receipts for the foreseeable future.

The question then becomes one of gambling over his future, and to an extent the club’s. Do we take the money now, or keep hold of him and hope that his value goes up during the course of next season, just to get that little bit more out of him?

At the same time though, we run the risk of him causing a serious injury and potentially scuppering any deal (like nearly happened to Paul Gascoigne and Lazio back in the early 1990s, or Ruud Van Nistelrooy to Manchester United in 2001).

It’s possibly the biggest gamble that the club will have made in the past few years, but are the rewards worth it at the end of the day? What do you think?