“Totally reboot”, “beyond me”: These Blues fans convinced club should make this move in Janaury 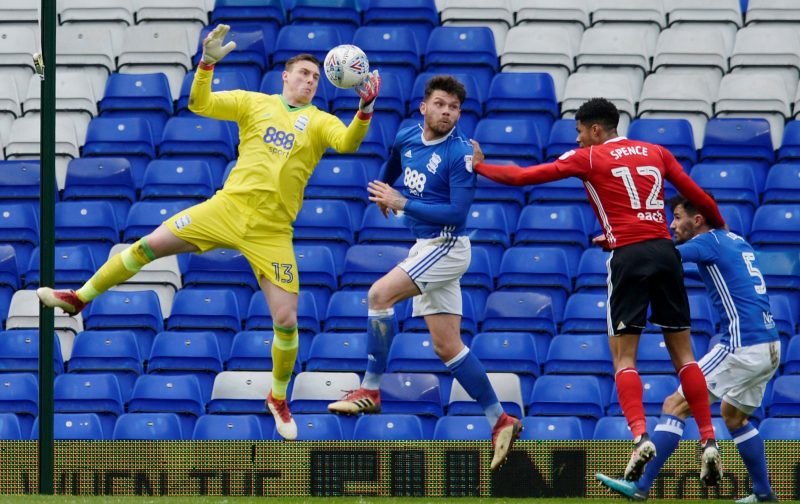 If the fans had anything to say about it, it looks like he’d be gone already.

According to reports in The Sunday People (print edition, 17/11, page 50), Leeds United are interested in bringing in Birmingham City’s David Stockdale.

Stockdale has fallen heavily out of favour at St Andrew’s, having spent the majority of the 17/18 season as the club’s first-choice keeper, but has since been reduced to a substitute role and spent most of last season on loan for a number of League One sides.

The goalkeeping situation is in a bit of ‘limbo’ right now, with even journalist Brian Dick suggesting that it’s time for some sort of change to take place at the club, as the errors committed by incumbent number one Lee Camp continue to mount up.

So when the news came through that Stockdale was on the radar of the Elland Road side, fans went to social media to say what they think should happen to the 34-year-old, and it looks as if they were pretty convinced there was only one option, and that was to get him out of here as soon as possible.

Yep much as I like him, Get him off those massive wages and try and get in a new number 1 for me.

Im free jan 1st can i drive him up there?

Yep, nice fella an all that but if he’s on the suggested £35k a week that would fund a replacement keeper and maybe another striker ?? Either way we KRO.

Absolutely….. writing been on the wall for 18 months…. even with how inconsistent and poor Camp has been still can’t break Into the first team. Time for the club over next 2 windows to totally reboot the goalkeeping position #bcfc

Definately need to cash both keepers in and get some money, Camp is older than Stockdale and both have not got long left. Stockdale was very good and I could never understand why we bought Camp in the first place with his poor reputation?????????????????????

I will personally drive stockdale to Leeds they can have Camp as well. Why we don’t play Ramos or Trueman is beyond me

Should the Blues sell David Stockdale in January?

What about you? Do you think it’s time we cashed in on Stockdale?