Blues now need to make an impact and climb the table 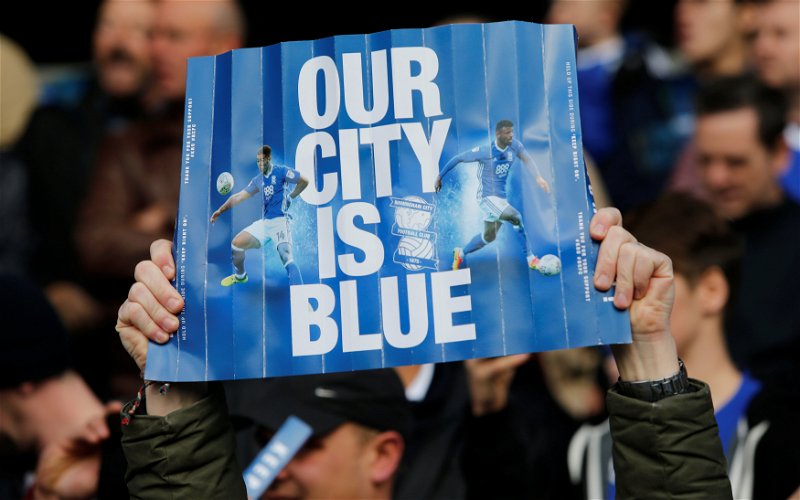 With the blank Saturday behind them and sights firmly on the Huddersfield game, Birmingham City need to start making a serious impact in the Championship.

We have flitted between wins and defeats, bordering on erratic, with no real consistency as to what the next game will hold. Table wise we are just about ok but starting from here on we really do have to up our consistency levels with wins and draws.

That’s difficult of course and you have to have the tools to succeed, but this league, as far as we can see, is open for any club that wants promotion. Preston are the best example and to a certain extent WBA. People and pundits talk about Leeds and the promotion odds etc with Fulham now entering that circle. Other Clubs like Swansea and Bristol City get mentioned but we stay well under the radar.

Pep Clotet has got to believe that we can get into a favourable position by Christmas and get this through to the players. Yes, we lack a 20 goal striker but tough, we have to compensate, and that means getting everyone involved with the belief that goals can come from unlikely sources. Pedersen’s a decent example on that front.

What concerns me is this continual talk about this season being one of stability and ‘next season’ is the one we go for. Try telling that to Preston and Bristol City.

Clotet is no Guardiola but he can certainly learn the player motivation angle that the other Pep inspires. Hopefully, he is already doing this in the dressing room as we don’t see much evidence of this on the touchline. Clotet is doing a decent job and we all support him without overly expecting great things, but this time after the break is a crucial period where top six clubs tend to pull away leaving a handful of others clambering for a possible final play-off spot come January.

My hope is that we really start making an impact this coming Saturday, with a belief within the team and our head coach that this season is the one we go for it. Remember that Sheffield Wednesday have started to believe in themselves, whereas a month ago, they were possible thinking this season may be all about stability.

Again try telling them that now.