If offer comes in for veteran, the club simply have to take it – Opinion 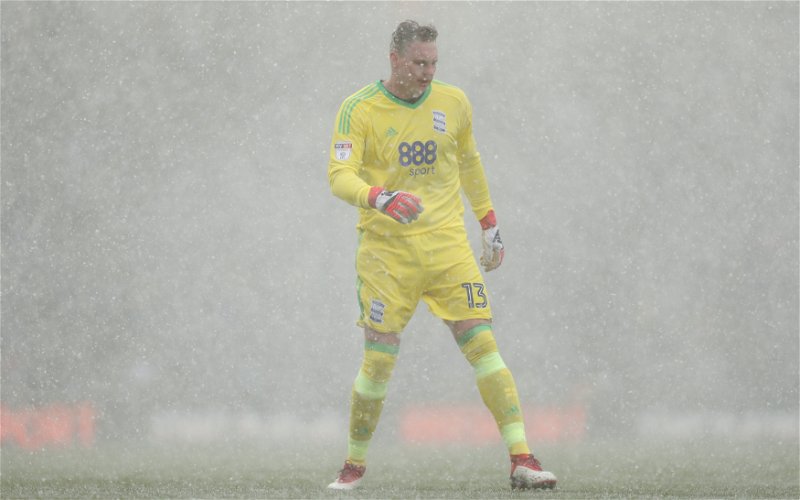 You’re going to have to trust me on this.

I wrote Sunday’s piece on David Stockdale before I had seen the reports in The Sunday People (print edition, 17/11, page 50), that Leeds United were interested in him.

So according to the reports, Leeds United want to bring in Stockdale, with Phil Hay of The Athletic hinting that they are looking to do it to bring in some experience should Kiko Casilla find himself in serious trouble with his current situation.

So with this change in news, I suppose comes a change of views as well.

I said in the piece on Sunday that Stockdale should essentially be promoted to the club’s 3rd choice goalkeeper spot, sitting as the option behind Connal Trueman and Moha Ramos, just in case neither of them are really up to scratch, we can always go back and go to a more experienced goalkeeper to see us through when we can readdress the goalkeeping position in the summer.

However, if a club is willing to come in and take him off our hands, with his wages reportedly at £40k a week according to LeedsLive, then I think it would be in the best interests of the club to let him go. With all things considered, that money could be much better used on improving other areas of the club like bringing in some help for Lukas Jutkiewicz up top, or perhaps in a new right-back to give Maxime Colin some more cover.

At the end of the day, I don’t necessarily want it to happen, those who are regulars here will now that I have been a strong advocate for Stockdale to be the number one since the season began, but with only six months left on his contract (via Transfermarkt), then it’s probably best that we make a move that is best for the club and gives us the chance to help set the squad up for well beyond next summer.

Should the Blues sell David Stockdale in January?

After all, it is all about the long-term rather than just the short-term.