Monk: “Burton game is the biggest of the season” 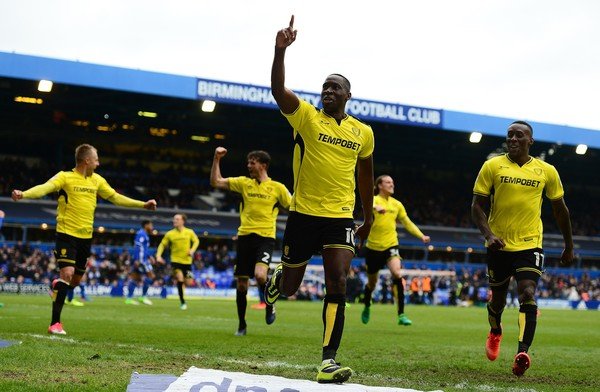 Blues manager Garry Monk admits that tomorrow’s clash against Burton Albion at St. Andrew’s is the ‘biggest game of the season’.

After three straight wins and clean sheets, Monk insists that his team will not underestimate the Brewers. Speaking to bcfc.com, the 39-year-old said: “From our point of view, it’s the biggest game of the season so far. The last three results have been fantastic with nine points and clean sheets”.

“It was vitally important that we got them and that was down to the focus and the commitment from the players and our fans as well. This is our biggest game of the season and we have to show that.”

Burton currently prop up the Championship table with 31 points but will fancy their chances after three successive league wins against Blues. However, the hosts will take heart from their FA Cup success over Albion in January.

Monk continued: “I trust the players because in all the game they’ve been ready from the very start of games but there’s no underestimating what we’re facing. Burton are fighting for their lives and no one is going to come and roll over for us”. 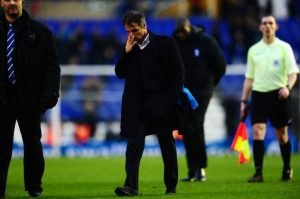 An exasperated Gianfranco Zola after last season’s defeat to Burton. He resigned shortly after.

A victory for Burton on Easter Monday last year brought the curtain down on Gianfranco Zola’s reign with the Italian resigning immediately after defeat.

Blues will be without Che Adams who starts a three-match suspension after his dismissal at Bolton on Tuesday night. Sam Gallagher remains a doubt while Odin Bailey misses out through injury.