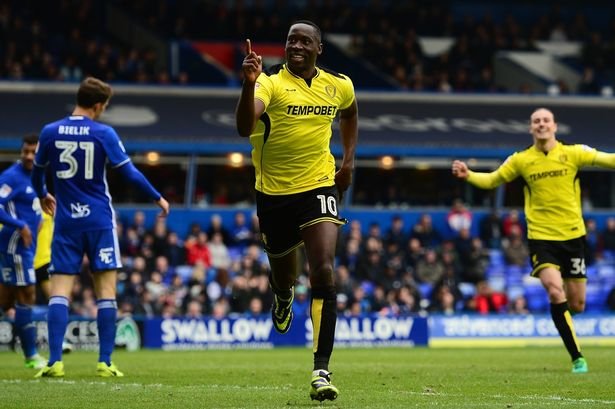 The fight for survival is not over yet but Blues fans can finally see the finish line. Three wins and three clean sheets on the spin has lifted the gloomy clouds around St Andrews and it now feels a much more positive place. Undoubtedly, the support on Tuesday night was phenomenal and Saturday needs to be the same in front of another big crowd.

A win against the lowly Brewers would all but relegate them.

We all know the recent history when facing Burton but hopefully that can change come Saturday afternoon. As our bogey team, one would dread this match but in our current form the players will be looking to put that hoodoo to bed. Blues have lost all three of their league meetings with Burton but a win in the FA Cup earlier this season brought that run to an abrupt halt.

The team selection ahead of this match is a hard one to predict. Garry Monk has been fairly consistent with his selections over his five games in charge. However, tomorrow’s line-up is anyone’s guess. With Jonathan Grounds miraculously returning to fitness, you can’t completely rule out him regaining his left-back position with Maxime Colin returning to right-back, although that would certainly be harsh on Wes Harding given his storming start to life in the Championship.

With Che Adams suspended for the next three games, Sam Gallagher’s calf problem (he will be assessed) and Odin Bailey’s injury in the FA Youth Cup creates a problem in the forward areas.

It remains to be seen whether Jota or Jeremie Boga will play as a second striker. Monk may choose to change the system altogether. Time will tell.

The dynamic of Saturday’s game is an interesting one though. Given Burton’s record against Blues, they will fancy their chances of doing the double over the hosts for the second consecutive season.

For Burton, the game is simply a must win to stand any chance of survival.

Come kick-off, the gap between Blues and the bottom three may only be two points as Barnsley face Sheffield United in the early kick-off. If that is the case and Blues lose, Barnsley’s game in hand would offer them a significant advantage in the relegation scrap.

Let’s hope that’s not the case. Keep Right On.