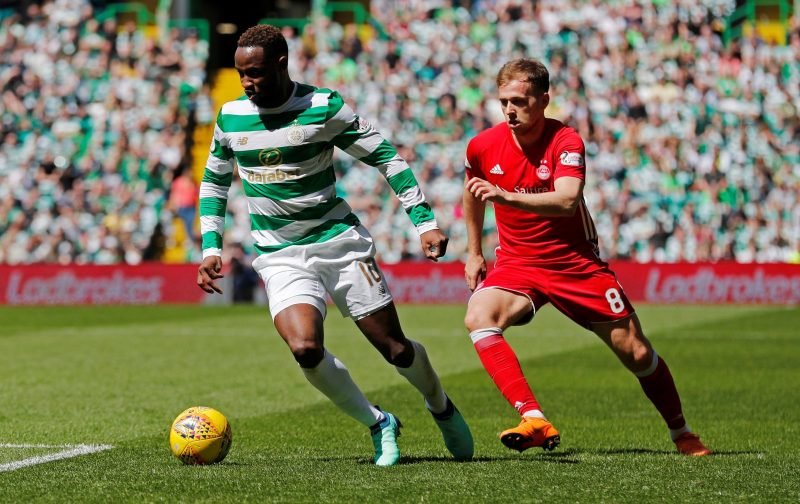 Greg Stewart’s fine first half of the season continued on Saturday as Kilmarnock again briefly held top spot in the Scottish Premier League.

Playing against former club Dundee, Stewart ought to have started the scoring in the first half after running through one-on-one with goalkeeper Jamie Hamilton but failed to knock the ball either side of the keeper.

The 28-year-old did score his eighth goal of the campaign late on, netting the third in a 3-1 victory that briefly took Steve Clarke’s side to the summit until Rangers’ victory the following day.

Cheick Keita started again for KAS Eupen as they earned a 1-0 home victory against Royal Excel Mouscron. The winger lasted 90 minutes, replaced after receiving a yellow card late on.

Steve Seddon could only help Stevenage to a 1-1 draw away at Northampton Town, the young full-back almost costing his side a goal after giving the ball away on the edge of his box before later driving 50 yards up the field to help set up a big chance for the visitors.

Corey O’Keeffe and Luke Maxwell went one better and joined Keita in earning a 1-0 victory as Solihull Moors knocked Southport out of the FA Trophy. Odin Bailey and Jake Weaver were not so lucky, unable to play due to their sides being knocked out in the preliminary rounds of the competition.

Cheick N’Doye was again unable to play due to the continued protests in France that ensured Angers’ game with Amiens was called off.