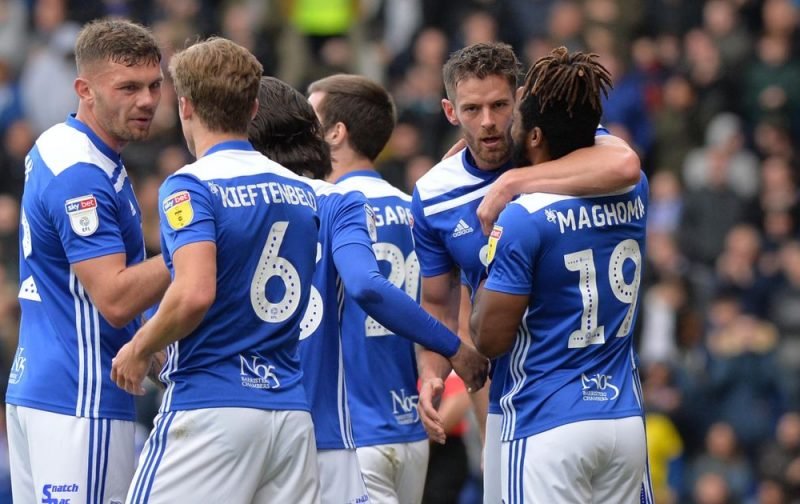 Birmingham City secured their first home win of the season with a comfortable 3-1 win against Rotherham United.

Lukas Jutkiewicz was the hero, scoring all three goals to complete his first professional hat-trick.

It was an interesting game, as it certainly wasn’t Blues’ best performance of the season but, at the same time, we didn’t play badly and always looked fairly comfortable, despite one or two scares at the Blues end.

It’s a game that certainly won’t be remembered for the performance, only the result and big Juke’s goalscoring contribution.

Here’s how you rated the players after Saturday’s win along with our view on the player’s performances from the game:

Our View: Didn’t have a huge amount to do in the game. Dealt with most of what came at him, although one or two saves weren’t made to look the most comfortable. Couldn’t have done much more with their goal.

Our View: Dealt with a lot of what came towards the Blues defence, although did get caught in possession a couple of times in the first-half which led to a little bit of attacking pressure from Rotherham. Also, let Jon Taylor get across him for the opposition goal.

Our View: Has a tendency to over-commit at times but that mostly paid off for him in this game. Won most of his challenges and was willing to put his body on the line, making a couple of crucial blocks in the first-half. Arguably his best performance in a Blues shirt so far.

Our View: Another solid outing for the Frenchman. Support the attack well and linked up with Jota down the right in typically positive fashion.

Our View: Once again, dealt with a lot of what came at him. Solid performance.

Our View: Another hard-working performance from the Dutchman. Chased and harried in typical fashion and didn’t allow Rotherham’s midfield much time on the ball.

Our View: Not his best performance in a Blues shirt, by any stretch. Didn’t get to do much on the ball but, as with recent games, continues to hold his position well and support the team’s defensive duties.

Our View: Always looking to find space and cause problems for his full-back, however, he didn’t quite seem to have the pace to really hurt Rotherham and his final ball was lacking.

Our View: Looked lively for Blues going forward and Rotherham found it hard to deal with him at times. Came away with two assists.

Our View: Struggling to really impact games and his final ball or touch just seems to be lacking. Looks a frustrated figure currently.

Our View: A well-deserved hat-trick. Always works hard and is up for the battle but often doesn’t get the reward. Won nearly every header and drove Blues to the victory. Perfect hat-trick.

Our View: First appearance in the league this season. Won his aerial battles but looked like a player who hasn’t played much recently.

Our View: Once again, showed glimpses of his quality and was positive when he came on. Forced a save from Rodak after showing quality link-up play with Jota.

What were your thoughts on the player’s performances against Rotherham United? Let us know your thoughts in the comments section below…