These Blues fans have been commenting on the career of a certain midfielder after he popped up on social media yesterday.

As discussed earlier, the club decided to dedicate yesterday to reliving the 2002 Division One Playoff final between the Blues and Norwich City as we sealed promotion thanks to a thrilling penalty shootout victory down in Cardiff.

And there was one player who had something to say about the subject, giving us a little bit of an insight into just what was going through the mind of someone in such a high-pressure situation.

Paul Devlin scored our second penalty during the shootout, and he was one of the many people that were following the game on social media, and he tweeted about what was going through his head at the time as he stepped up to take his kick.

Which promotion was your favourite? 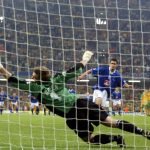 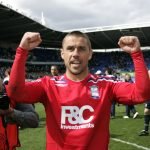 It gave fans a great opportunity to thank him for what he did not just on that day but also what he gave the club throughout his career at St Andrew’s.

The relief on your face

Devs you will always be a Blues Legend!

As usual a quality pen from devs

There was only gonna be one outcome!! 👊🏻

Bit choked up there at the end @Devo72D

He didn’t score many in a Blues shirt, perhaps he was just saving himself for this moment. Making it count as it were.