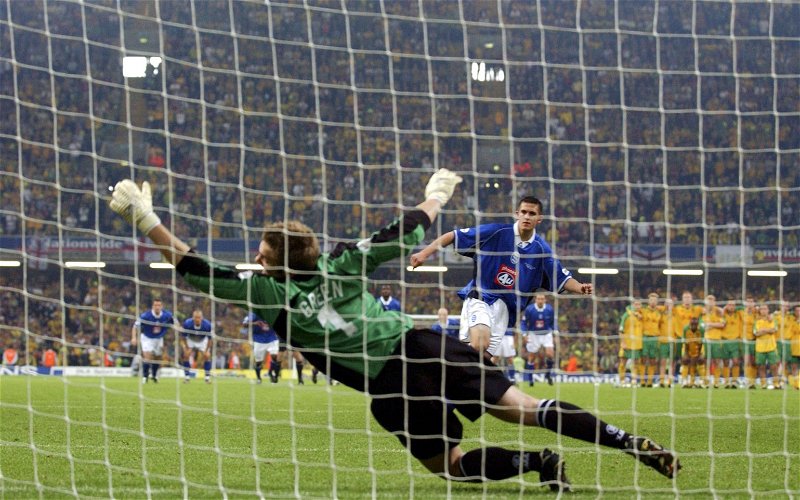 With the possible exception of ‘though you’re tired and weary’, I don’t think there’s a greater set of five words that resound within the minds of Birmingham City fans than them, and with very good reason.

The club decided to dedicate yesterday’s ‘#MatchdayRewind’ to reliving the 2002 Division One (back in those days) play-off final between the Blues and Norwich City down in Cardiff. The Blues won by virtue of a penalty shootout, with Darren Carter taking the winning effort to send the Blues up and the fans into ecstasy. 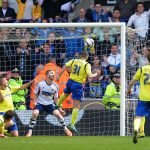 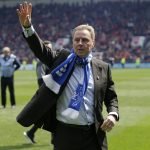 So when the club finally got to that famous moment when Carter stuck the ball past Rob Green in front of tens of thousands of happy Bluenoses, there was always going to be plenty of emotion and reminiscing from the fans on social media as they looked back on how they felt at that special moment.

Spine-tingling moment…. whoosh! Momentous achievement for such a talented, wily and hardened team. Fairytale that it was Carts with the decisive flourish. The noise was something else with the roof closed as well. Great memories

Seeing this again has been amazing , so many memories

darren carter-one of our own! KRO

Class that was! I was an 11 year old boy stood in those stands I'll never forget it, what a day! KRO

That penalty, that roar, never will i forget it. UP THE BLUE BOYS 💙💙 https://t.co/KRQgdjtjUs

I miss those days back when we were near the top of the table, rather than constantly down the bottom.