“Yes I actually care”, “all over this”- Many Blues fans rally around club man after latest news 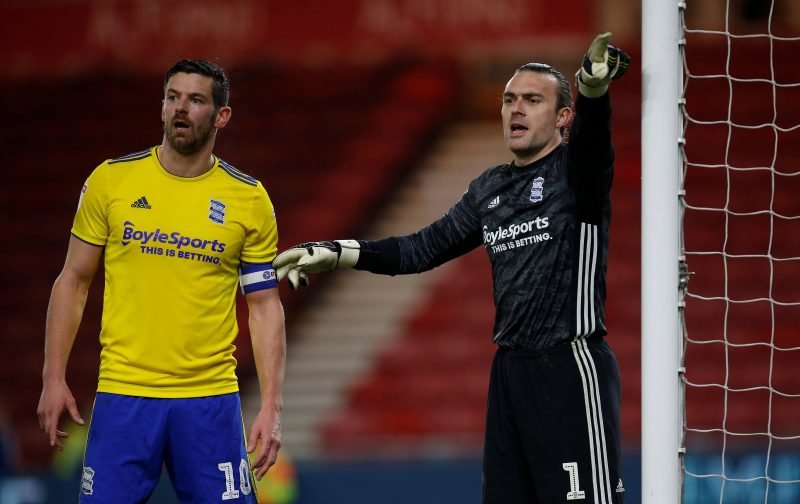 These Blues fans have been reacting to some rather quirky news that came out the other day.

Right then, who is ready for round two?

Alright it’s not quite actual football just yet, but trust me when I say it is actually very thrilling and exciting, especially if it’s going to be anything like the game in round one.

Blues goalkeeper Lee Camp and his Birmingham side have been drawn against Forest Green Rovers in the EFL Football Manager Cup. And seeing as it is both the only game in town right now, and the Blues’ only chance at some silverware this season (I’m assuming there will be a trophy of some kind), it’s something that fans have really got behind, as responses to the draw proved.

Could Lee Camp be manager one day?

And although the majority of the tweets seemed to be backing up Camp as he prepares to take on the League Two side, there were a couple who pointed out that there’s a conflict of interest at play when it comes to a certain member of the Forest Green side. I wonder who he is going to be supporting through all this.

In camp we trust

Yes I actually care about this

Lee Camp is gonna win silverware for us ain't he

Shame it's against my second favourite club (FGR)… but I'm sure Camp has got this.

@OdinBailey all over this. Hope camp gets him on and that he scores against them 😉

@OdinBailey who you rooting for 😂

Good luck Campy, from all here at Vital Birmingham.