The short term answer is obvious, long term though could cause some concern – Report 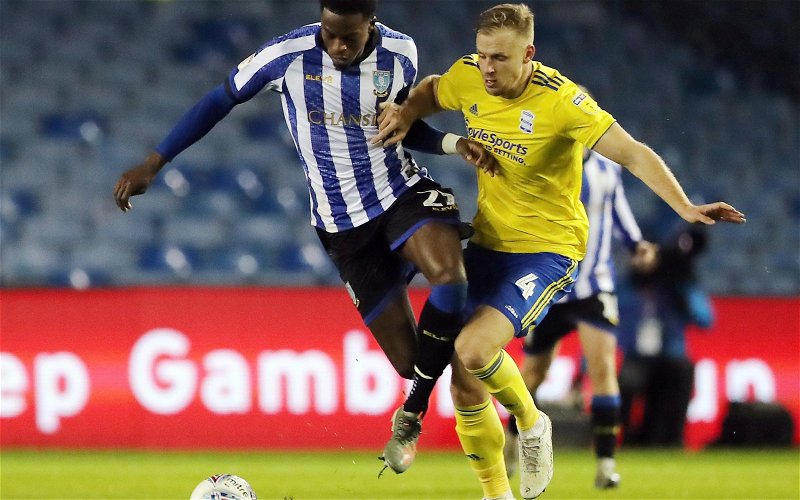 It would be a little bit harsh to call this a blessing in disguise, after all one of our players did get injured.

But at the same time, it does make things a little bit easier going forward for Pep Clotet when it comes to the team selection. Birmingham came from behind on Saturday as they grabbed a 1-1 draw with Millwall, their third such result in as many games.

However one of the big talking points coming out of the game surrounded central defender Marc Roberts, who sustained an injury midway through the first half and was replaced by captain Harlee Dean, making his comeback from suspension.

Speaking after the game, Clotet gave an update regarding the defender’s fitness, and said that whilst he doesn’t know the severity yet, initially it doesn’t look good:

“It doesn’t look good, but it is too early to assess, we will be able to assess it in a couple of days when the injury settles down. It is painful at the minute, I have been with him now, he twisted and landed on his ankle, that is not a good sign. We will able to say in a couple of days but probably he will have to have some treatment. I don’t think it is going to be something that is recovered in a few days.”

Now with talk ahead of the game centred around whether or not he would be willing to drop Jake Clarke-Salter in place of Dean or Roberts, it looks as if the answer, for the next couple of weeks anyway is right in front of him, you can simply play the tow of them together.

But what if this injury is more long term?

Should the club stick with the options that they have with the likes of Wes Harding or even dipping into the academy for Geraldo Bajrami? Or should they go out and bring somebody in during the January transfer window?

Whilst obviously I hope it isn’t a serious injury and we don’t have to think about any of the above options, if the worst comes to the worst, I believe that the club should keep some faith in the academy, much like they have with Jude Bellingham and use what we already have at or disposal. I’ve hinted before that Bajrami should be in consideration for a spot in the team, and something like this could be a great, albeit not ideal, way of making it happen.

If this injury is long term, how would you solve it?

But like I said, hopefully it doesn’t come to that.