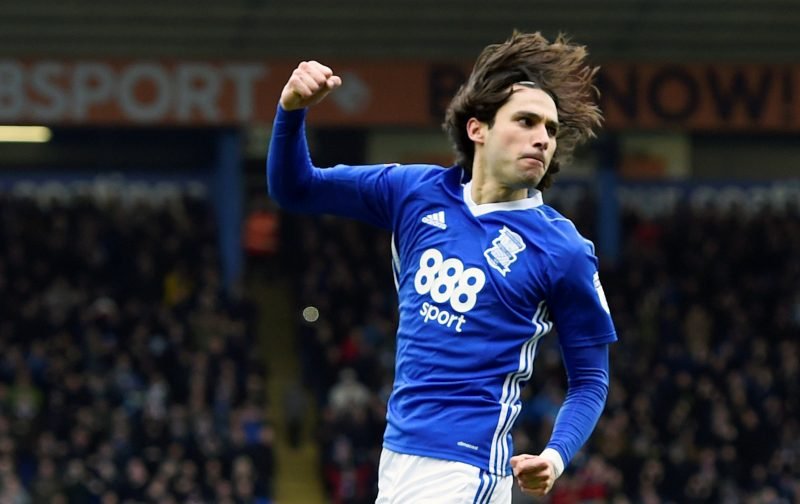 I think it’s fair to say that Jota’s first season at St Andrew’s was a disappointment. Big things were expected when he joined last summer for £6m, but he didn’t really find his form until Garry Monk’s arrival.

That is not say he can’t do a lot better than he did last night. His decision making is still questionable, but if he can improve his final ball he may prove the catalyst for getting us firing in front of goal.

Fans on Twitter thought that the Spaniard was one of best players against Bolton yesterday:

One positive from #bcfc jota looks like the player we thought we was getting from Brentford. A fit sharp vasell could get our season going! #kro

Every time Jota gets the ball I feel excited. What a player he looks now under Monk #BCFC

We could take the positives from Norwich Swansea and Bolton….. but come the end of the season positives don’t keep us up… goals and points do…. jota is class until his final ball which 9 times out of 10 is the wrong ball or ends up giving possession away #BCFC

Lessons from this is we desperately need Gardner or someone who can pass the ball in the middle. We need to get the ball to Jota all the time #bcfc

Anyway at least we have Jota right? #BCFC

Great run from Jota but comes to nothing #BCFC pic.twitter.com/YQk22GDvdW

Been really impressed with Jota in the past 2 games #bcfc

Even Bolton fans were praising the 27-year-old’s display according to one supporter:

Leaving the ground this evening, I heard plenty of Bolton fans saying how good Blues were (especially Jota) and how they couldn’t believe they won the game. One guy told me that we should feel positive and that we’d get through this tough time. Hope he’s right! #BCFC

If you look at his respective records at both Brentford and with us, it’s clear that Jota has the potential to do a lot more.

He scored 12 goals and five assists in the 16/17 campaign for the Bees in just 21 appearances. For us, so far, he has managed five goals and two assists in 38 games.

Of course, I do appreciate that he was playing in a more expansive team at Griffin Park but I feel that if Monk can get just a bit more out of him, we could solve some of our issues in the final third.