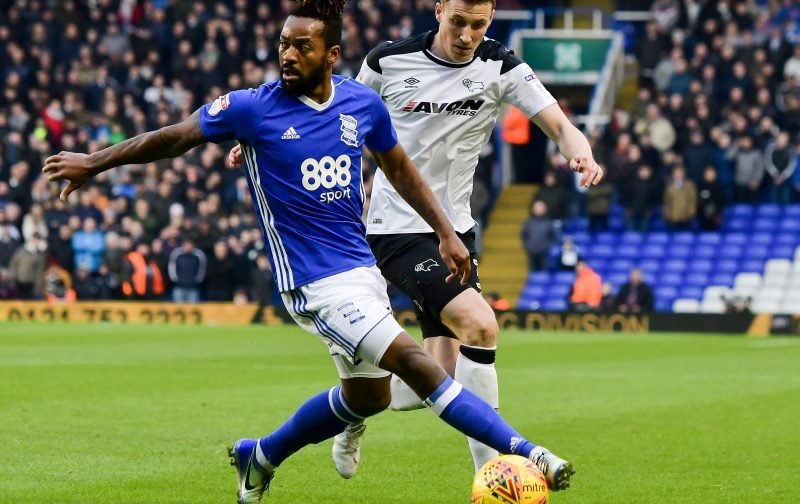 Jacques Maghoma didn’t have his best game last night, and it has become somewhat of a theme that the 30-year-old saves his best performances for home matches.

As is often the case, Mags had the beating of the opponents full back. Pawel Olkowski couldn’t handle him, but the winger failed to make the most of his chances:

Fans on Twitter were pretty disappointed in our no.19:

Painful to watch tonight, screaming out for Viv with half an hour to go

Mags had a mare yes and should have been brought off, but people saying he should be dropped after one bad performance? Grow up. Only bad thing I’ll say about monk is he didn’t recognise there should have been changes at HT. Some players were a bit burnt out.#bcfc

Anyone else think mags has been poor or just me? #bcfc

He was poor. Didn’t create anything. I counted over 10 different times he give the ball away. Didn’t beat the first man with any crosses. Didn’t have a shot. Mis-controlled the ball countless times. Mahoney has to start games for me. #BCFC #KRO

Maghoma's done some good stuff but his second touch has let him down massively all night, overrunning it every time. #bcfc

It comes to something when Harlee Dean was more effective on the wing than Maghoma last night, maybe we should stick Roberts up front. #BCFC

Some supporters disagreed with those that Mags should be dropped:

Mags as to play. Just because of 1 poor game!!!!
Play Jota behind the juke and either Vic or Mahoney on the wing

If we are to start winning matches, a lot will ride on Maghoma’s form. Along with Jota, he offers one of the few creative outlets that Garry Monk has at his disposal.

We really can’t afford for him to have too many bad performances. A better first touch and some better deliveries into the box from him, and I’m sure we’d have got something last night.

Saying all that though, you can’t fault him two months for his displays over the last 12 months. He’s allowed an under-par game here and there.