Survival Sunday: Attack could be our only form of defence 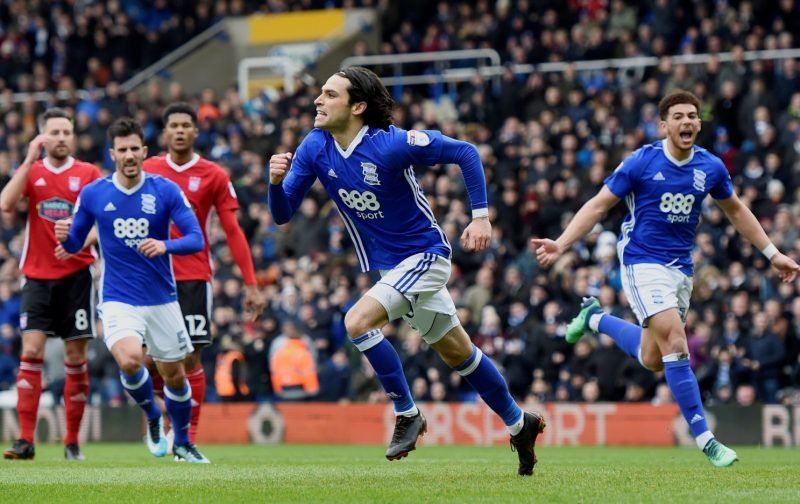 I can scarcely believe it, but here we are again. In fact, maybe I can believe it. There seems to be something in Birmingham City Football Club at a molecular level which is directly at odds with making things easy. It’s like oil and water.

‘After all this panic, we’ll probably be safe by 5pm on Saturday’. That’s what I told myself all week. Why did I allow myself to believe that for one single second? Have I learned nothing?

Enough moping though, let’s have a look at judgement day itself. Let’s pick through what faces us in our seemingly annual dance with the devil…

I always like to indulge in a bit of pop-psychology in these scenarios. The fact that almost every single team involved is desperate for points is terrifying and enthralling in equal measure. It’ll be a straight shootout – who will want it more?

After giving it some thought, I reckon Burton, Bolton and Barnsley may have a slight psychological edge on us here. Their even closer proximity to the drop may sharpen their senses to the task that tiny bit more – primal survival instincts will kick in. Our position is ever so slightly less grave, and I worry that we won’t be quite as fired up as a consequence. I’m only talking about minutiae here, but that might end up being the difference between visits to West Brom and Walsall.

Of course, it’s not just a straight relegation rumble; there’s also the intriguing difference in mentality between trap door dodgers and promotion chasers at play here. That primal survival instinct I mentioned earlier is thousands of years in the making, and surely stronger in itself than the desire for promotion. Sometimes in football though, the gap in quality is just too wide. Will deep-rooted instincts really be enough to bridge that gap?

Bridging it is the task lying ahead for four of the five desperate stragglers. Let’s just think about ourselves though; what do we need to do to upset the League’s form team?

As this article’s title suggests, I think we need to attack. Now obviously I’m not suggesting we open ourselves up totally; we may as well start booking B&Bs in Fleetwood if we go down that route. I just think in general, we need to have a bit more of a positive outlook.

This is an area where I think Garry Monk deserves his first bit of criticism as Blues boss actually. I have immense faith in him, but his insistence on solely picking stoppers and hasslers in central midfield is needlessly negative. It effectively hands the opposition the lion’s share of possession before the game even begins.

So what I’m saying is this – let’s not give Fulham that luxury. Let’s balance our midfield’s brawn with a little bit of brain. Yes, we have to contain them, but let’s force them to contain us too. Let’s believe in the likes of Maghoma, Jota, Adams and Juke. They can trouble any defence in the division if they get the ball in the right areas, so let’s make sure we have somebody who can give it to them.

The whole club has to adopt the same front-foot philosophy if we’re to prevail. Nigh-on 27,000 rowdy Brummies is a fantastic start. None of our rivals can match this. Burton and Barnsley will have to feed off away followings, and despite Bolton’s home advantage, their fans are trapped in Cotterill-esque doom and anxiety.

Thankfully, Garry Monk’s Birmingham City have grown into a different animal. Familiar deficiencies still rear their ugly heads at times, but he’s managed to resurrect a resilience we thought was dead and buried. Conceding a goal is no longer a catastrophe on the pitch, nor in the stands. What an amazing turnaround.

For this reason, there is absolutely no reason to be anything other than confident going into this behemoth of a fixture. Positivity is key. I’ve seen Fulham rattled by an already condemned Sunderland, so why can’t we do the same? They will be jittery, and we must take advantage. If we adopt siege mentality too soon, it’ll play right into their hands.

We learned last year, and even this weekend, that we can’t rely on other results to keep us up (thanks on both counts, Brentford) and we have to expect similar upsets this time around too. We all need to be on the same page. The management need to be bold in their team selection, the players need to be brave on the pitch, and us fans need to be unwavering in our support. If all those things come together, it won’t matter what happens elsewhere.