Report: Blues braced for bid as fellow Championship side have their eyes set on key player 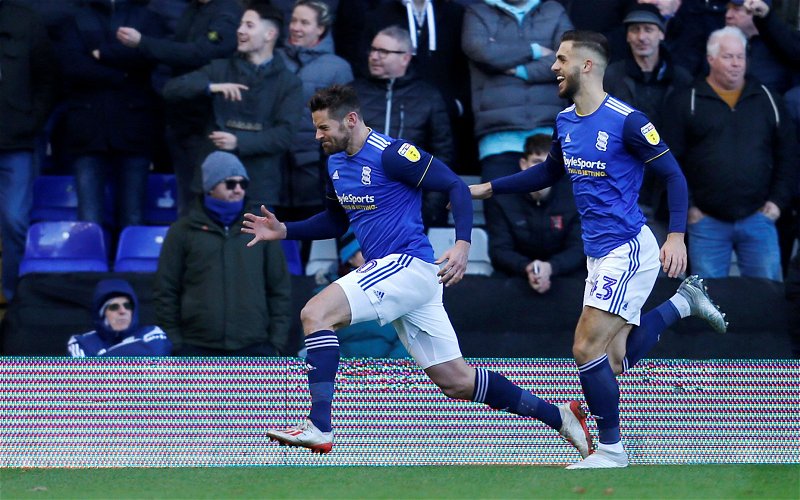 These pre-season games have given us a little bit of an insight into what we can expect from Blues this upcoming campaign.

And there are some fans that are starting to get a little bit excited about the prospect of it. However, this latest report might give fans a little bit of a reason to be disheartened ahead of the new campaign.

According to a report in the Sunday People (30/8/20, page 53) Nottingham Forest are interested in bringing in Birmingham City forward Luka Jutkiewicz during the summer transfer window. Sabri Lamouchi’s men have been looking at bringing him in for some time now having been linked with a move for him in January, and having blown a playoff spot late last season they’ll be wanting to add some fire power to their line-up, and having bagged 14 goals in 2019/20, you can see why they’d be interested.

Now to say this would be a devastating blow for Blues would be an understatement. As our main goal threat it would take some effort to replace him from within the squad, and given how tight the club’s purse strings appear to be, to get someone who can bag you that many in this division will be incredibly hard to do on a restrictive budget.

Hopefully this is just paper talk, and in my mind it is. It would take a level of stupidity and potentially ignorance to allow him to leave the club in the state we are in, when arguably the only thing that you can guarantee is the fact he’s going to be in a position to score us goals this season, with the rest of the team somewhat lacking in that department.

Oh, not to add to any conspiracy theories, but just thought I’d add, at the Tottenham Hotspur game on Saturday, Odin Bailey wore number 10, and Adan George wore 9, so if you want to buy into the idea he’s already off and the club are replacing him, take that for what it’s worth.