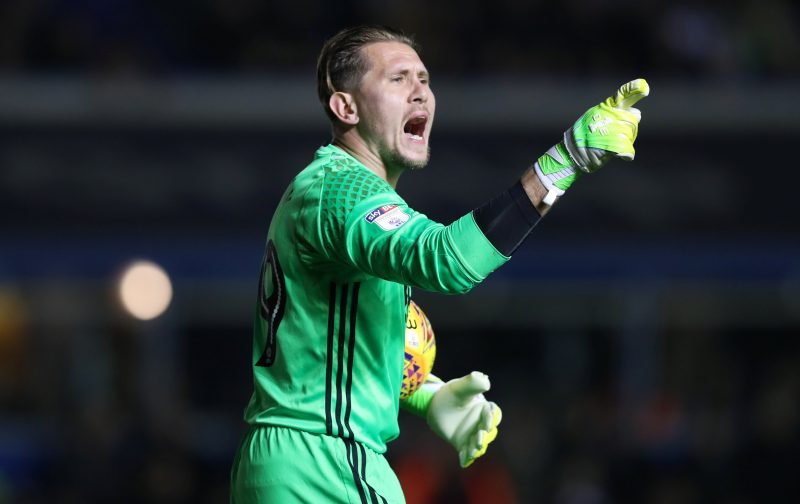 Tomasz Kuszczak is seemingly on his way out of the club after confirming that the Blues have given him the “green light” to leave.

The Polish international said he will only depart if an acceptable bid is made for him, or he could sit out the remainder of his contract that expires in 2019.

Our no.29 also revealed that he would be keen on returning to play in the Premier League:

“I realize that it will be very difficult for me to sign a contract with a Premier League team and jump between the posts, but I would like to be part of such a team. Besides, I do not hide that the financial issue is important to me because I want to secure the future of the family.”

Fans on Twitter were highly sceptical that will happen:

I want a date with Kylie Minouge and that’s more likely that Tomas getting a deal with a PL club!

Wants to sit on the bench for a while?

So a new incoming for first choice and trueman second choice?

Reduces the wage bill without effecting the 1st team. I imagine Monk will look to promote from within. Shame as I like his character

Don’t think either keeper going is a major loss. Sure Monk has plans

He’s no worse than stockdale anyways, so hopefully we can get someone as good !

Good luck to him, doubt if anyone would take him as #1 but back up maybe.

Considering he has been a reserve for a Championship side this season, it’s highly unlikely he will be offered an opportunity in the top-flight. He did mention in the interview that a loan switch to Newcastle could have been a possibility in January, but that chance has passed him by.

If he isn’t part of Garry Monk’s plans, I really hope he doesn’t just sit and wait in the reserves until he leaves on a free next year. Hopefully, a club will come in with a decent offer for him.