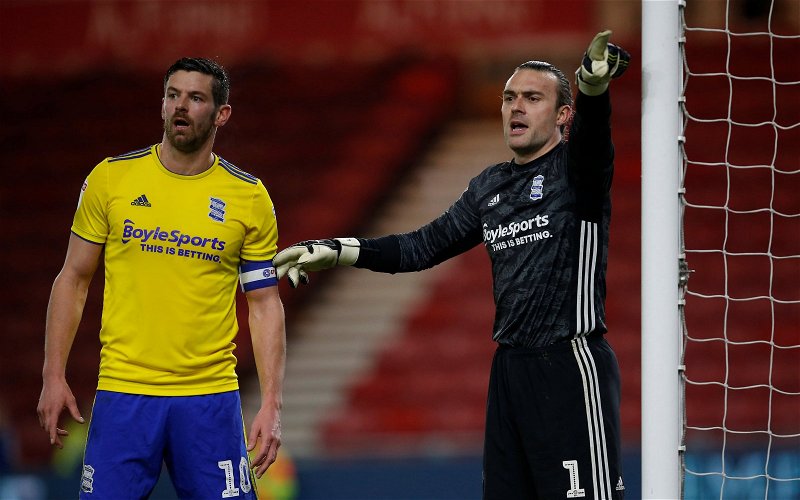 This is starting to become quite the regular occurrence isn’t it?

It’s still not quite enough to change my mind that I don’t think he’s the goalkeeper of the future, or to a certain extent the present. But even I can admit that he has been a very important part of the recent run of form that the Blues have been on.

I’m talking of course about Lee Camp, who has saved two penalties in the last two league games, which you could argue have single-handedly, or double-handedly depending on how you use the phrase earnt Birmingham three points over the past two games.

And the Birmingham City Twitter account decided to mark the occasion by putting up a video the 34-year-old’s two saves against Paddy McNair and Lewis Grabban.

However, it wasn’t enough to get the whole of the fanbase on his side, with some bluenoses still not entirely convinced if he should be the man between the sticks at St Andrew’s.

Makes mistakes but no coincidence for me that results have picked up since Camp returned in goal! #bcfc

We’ll be safe tonight if it goes to pens!

Best keeper in the world by miles, ever!

Boro save was class. Forest? Worst penalty I’d seen for a long time before Gündoğan eclipsed it on Sunday! But still, kudos to Camp 😆

Fair play, made two saves. Both comfortable from poor penalties. Still the worst keeper since Kingson. Hope he has the best form of his career for the rest of the season. #bcfc

I wonder just what it’s going to take to get the whole fanbase to come down on one side or the other?