Harding merited the shirt, now he has to keep it 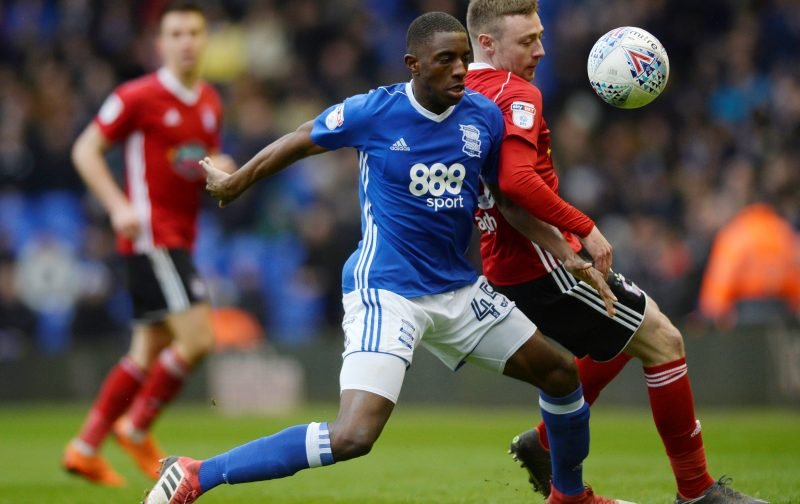 Since Jonathan Grounds was sidelined for the rest of the season with medial ligament damage, the full back positions have been problematic for Birmingham City.

Garry Monk has inherited the same problem. He opted for Jenkinson in his first two games in charge but the 26-year-old, despite performing reasonably well against Middlesboro, flattered to deceive in a wretched first half display at Cardiff City.

In Arsene Wenger’s set-up, fullbacks are finely tuned to play football first with the art of defending a seen as a secondary role. Jenkinson and Bramall are so obviously of the Arsenal ilk.

Blues have lacked solidity at the back and, when the chips are down – as they have been for most of this season – returning to basics is usually the best way forward.

When the team selection landed at 2pm on Saturday ahead of the clash against Hull City, many were pleasantly surprised by the inclusion of Wes Harding.

A 21-year-old Wast Hills academy graduate, one of our own.

Harding’s performance was full of promise. First and foremost, he defended reasonably well and supported attacks when possible. It wasn’t the perfect 90 minutes but Monk will be delighted with his contribution.

In his post match interview, the Blues manager admitted that Harding was in the team on merit having trained well and Jenkinson’s omission was nothing to do with an injury.

Monk sees something in Harding who now has the opportunity to make the right-back berth his own, at least until the end of the season.