‘Bang in form’: Some rival fans are concerned about facing Birmingham star 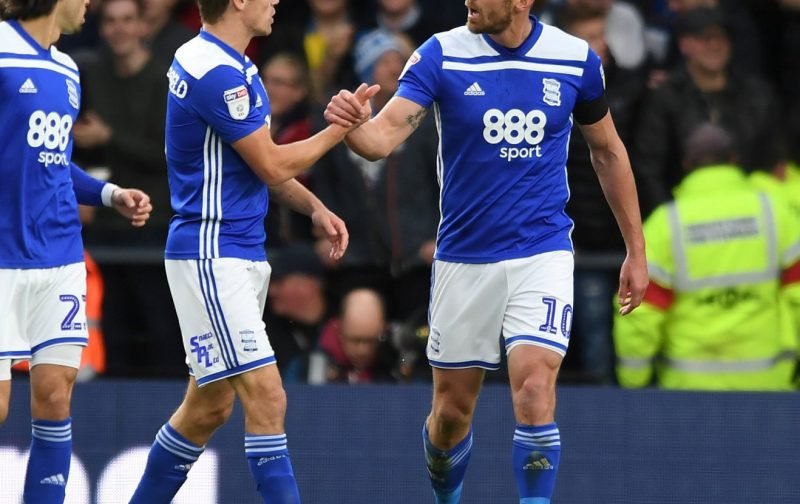 Domestic football returns this week after another international break and the good news is that the calendar will not be affected again until March.

Birmingham City fans will certainly be high on confidence after a superb run of form in recent months, losing just one of their last 13 matches – although they did go two games without a win prior to the international break.

The Blues face another stern test this weekend as they make the short trip across the city to tackle arch-rivals Aston Villa in a game that is delicately poised with the two clubs being level on points in the Championship.

A victory for either side could kickstart a genuine fight for promotion but recent history is against a Birmingham side who have not scored at Villa Park since 2008 – and even then it was a consolation effort in a big defeat.

However, Villa fans are aware that Birmingham could cause them problems this weekend and many fans on social media are not keen on going up against an in-form Lukas Jutkiewicz, who has nine goals to his name this season.

Other supporters have identified other names they are wary of and we have gathered some of the comments below.

They'll gang up on Jack, leaving Johnny McGinn to drive into the space created. Our midfield should be the key to this. Most worried about whoever is in charge of organising that midfield. If he's on his game we'll struggle (Kieftenbeld?)

Gotta be Jutkiewicz for Blues for me. Bang in form and will not be shy about getting in Nylands face and unsettling him.

Tammy to have his best game to date – “he gets a brace!” Their loan keeper will stop the score being to embarrassing for them

McGinn will be pivotal for Villa and if Grealish and McGinn build on the partnership they are forging that will do it. Hourihane has a role to play too. Got Blues it has to be Not a and the guy whose name you get if you throw up a heap of Scrabble tiles in the air. #AVFC