‘Superb’, ‘Magnificent’ – Many Birmingham City fans have had their say after club post 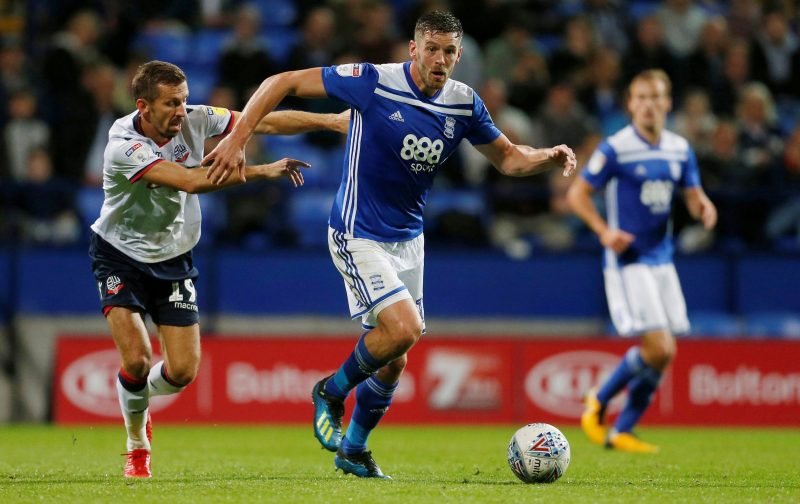 Few players have been as influential for Birmingham City this season as Lukas Jutkiewicz. The forward has been one of our main men going forward, and with 7 league goals to his name already, he’s been one of our most potent attacking threats.

He’s been a real hit for us since he moved to the Blues back in the 2016-17 season, leading the lineup with poise, power and quality. Offering brilliant aerial dominance alongside fantastic link-up play and striking, Jutkiewicz is easily one of our most important players.

The forward is on track for his most deadly season in a blue shirt yet, with his record league tally of 11 goals already within reach at this early stage of the season.

Birmingham City have recently been discussing his lethality on Twitter, noting, in particular, his aerial presence. At 6ft1, he’s a real force in the air, and he’s now bagged 7 goals with his head for the club.

Do you have a favourite? Reply in the comments below #BCFC pic.twitter.com/R7p2BZq42v

Blues asked fans which of theirs has been their favourite, and predictably, many have responded. They’ve all got different choices, proving the popularity and versatility of the man.

Take a look at what they’ve had to say below, and let us know if you agree…

v Forest (A) for me. Flying through the air. Guiding to the far post. Majestic. Or should I say MaJutkiewicz

Burton, purely for the scenes and relief that followed

The one against Sheffield Wednesday was magnificent!

Goal against Reading for me, Superb technique here’s to many more

Derby away closely followed by Reading this week. Great technique from a player who always gives his all. #bcfc

Derby. Had absolutely no right to head that ball & was excellent technique to get it on target, let alone score.

All brilliant headers but the best thing about them all is that they came at crucial times. All hail the Juke. KRO

Forest and Reading for me, no keeper was saving either both place to Jutfection.. #kro