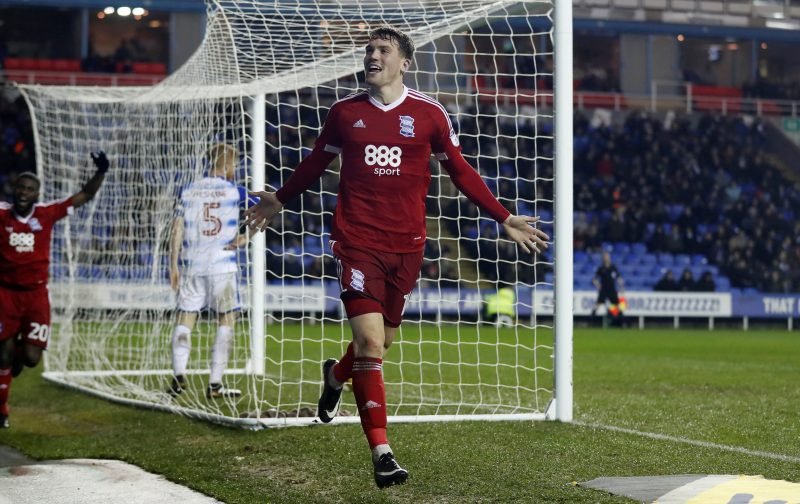 After a season of drawing and losing games we ought to have won, Garry Monk’s Blues side are finally winning football matches and it feels fantastic.

The victory over Rotherham United was a case of us simply having more quality than a side that will unquestionably be involved in a relegation scrap this season. However, beating Stoke City was up there with the victory at Elland Road, statements of intent to the rest of the division that we should not be underestimated.

And once again, it is worth arguing that Blues most certainly deserved victory at the weekend. This wasn’t like Leeds where we scored twice early on and spent the entire second half manning the barricades. We took the game to Stoke and hit more efforts on goal and denied key players possession in dangerous areas. We earned the victory.

Consistency has been the key this term and it’s a notable statistic that only Brentford have used less players than Blues this season. Garry Monk has been able to rely on six of his players to start every league game, Jacques Maghoma started the first 12 and Lee Camp and Gary Gardner have been ever-presents since joining the club.

That reliability has been key in Blues’ current unbeaten run, one that has seen Blues win their first three matches and keep a defensive record that is only bettered by Middlesbrough, Leeds United and Swansea City.

If Blues have been consistent, Reading most certainly haven’t been. Paul Clement must be tearing his hair out at the regular discrepancies in his backline despite possessing notable Championship players in the form of John O’Shea, Paul McShane, Andy Yiadom and Liam Moore.

The Royals have conceded 21 goals from their opening 13 matches, less than only Millwall and Preston North End, while they have used 26 players – only Ipswich Town have used more. Injuries have not helped matters with Vito Mannone and Sam Walker both picking up injuries while Omar Richards, Jordan Obita and John O’Shea are currently unavailable.

Clement can at least be thankful that his side are slowly picking up a little bit of form. After a winless opening, Reading have won three, lost three and drawn one of their last seven matches, scoring three in victories over Preston North End, Hull City and Millwall and two away at Brentford to earn an impressive draw.

They also possess one of the more formidable front pairings in the division with Jon Dadi Bodvarsson and Sam Baldock netting 11 goals between them, one more than Lukas Jutkiewicz and Che Adams.

Reading one of the more difficult sides to assess this season. Paul Clement remains an enigma in management having been sacked at the first sign of trouble at Derby County and Swansea City and his use of four different formations this season means that he is still searching for an identity at Reading.

That lack of identity has certainly proved a hindrance given their lowly position. Clement’s side rank low for shots at goal, possession, passing accuracy and concede more shots at goal than any other side in the division away from home. Yet they have been ruthless with opportunities on the road – only Brentford have mustered must efforts on target and only four sides have scored more.

It makes assessing this outcome of this one quite difficult. Monk and his backroom staff will do well to second guess what Reading team is selected, what formation is chosen and what kind of Reading team will show up. And evidently, Reading are a side that can score from nothing.

Yet Monk will remain calm and he will have a plan. Blues will turn up, play the same team, the same formation and play their own game. And if changes are required, they will be subtle at best.

Reliability and consistency are the name of the game and Garry Monk is now being rewarded for his measured approach.

Garry Monk will have to decide whether to bring Jacques Maghoma back into his starting XI after the winger was left on the bench in favour of Connor Mahoney for the visit to Stoke City. David Davis and Isaac Vassell remain a couple of weeks away, but Craig Gardner and Charlie Lakin are hopeful of a return to the fold.

Paul Clement is likely to be without his strike pairing of Sam Baldock and Jon Dadi Bodvarsson ahead of their trip to St.Andrews. They join John O’Shea on a lengthening injury list that also includes Jordan Obita, Omar Richards, Dave Edwards and Adrian Popa.

Blues’ attempts to mount a League Cup run ended at the first hurdle at the hands of Reading back in August. In Monk’s defence, he made 11 changes to give everybody a run out, including first starts for Lee Camp, Connor Mahoney, Gary Gardner, Omar Bogle, Dan Scarr and Bez Lubala. The hosts didn’t comply, naming a pretty strong starting XI that ran out 2-0 victors thanks to goals from Yakou Meite and John Swift.

It’s expected that neither Jon Dadi Bodvarsson or Sam Baldock will be available on Tuesday night meaning that Yakou Meite will be the man leading the line. The Ivorian stepped up on Saturday, scoring twice as Reading saw off lowly Millwall 3-1 while Meite also scored with a fine strike against Blues in the first round of the League Cup. He’s raw, powerful and will be relied upon to cause havoc for a sturdy Blues backline.