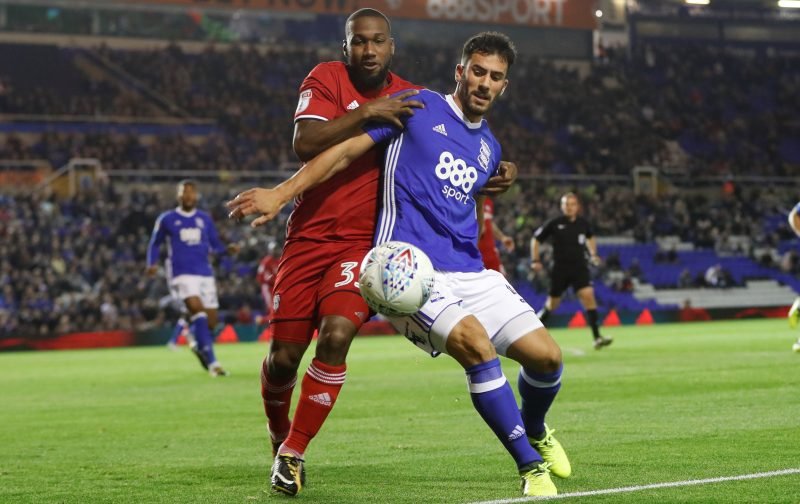 It’s all well and good saying it, it’s doing it that is going to be the important bit.

And if the Blues want to keep the fans happier than they have been, then they’re going to have to do an awful lot to get them back on side.

Speaking after the club’s dismal defeat to Huddersfield Town at St Andrew’s last night, defender Maxime Colin talked about the team’s porous defensive record since the Championship has restarted.

“It’s been two games, we’ve conceded 6 goals at home, it is not acceptable. We need to look at ourselves in the mirror. It is a bad performance.”

Are we safe yet?

So whilst he accepted that things aren’t as good as they can be, his honesty didn’t buy him much favour with the Blues fans on social media, who tore into not just the Frenchman, but the rest of the team as well, urging them to get their act together ahead of the run-in.

You best be in training every single day, this is a total disgrace, where us your passion & pride? I understand the board gave let a lot if players go, you should be working harder for the fans

I've just seen the goals again… I was livid last night with the 3rd goal… however on reflection I'm livid with all 3. Some of the worst defending you will ever see. I don't say that lightly as I don't normally moan on here but I just had to after seeing them. Disgrace!

25 in 8 games at home actually. I love you lads, but you were absolutely awful last night.

The team has given up even though we’re not safe yet, with the teams below getting points !!

What about you? What do you make of Colin’s comments on the matter?