Will This Birmingham Star Get His First Team Place Back? 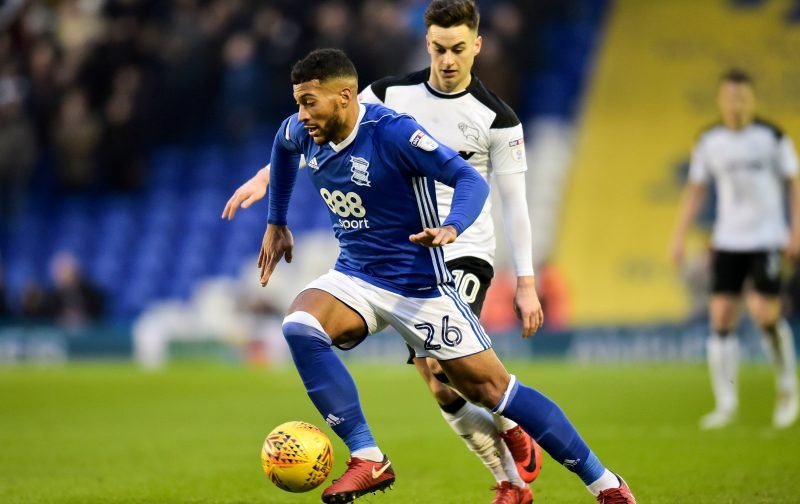 David Davis returned to first team training last Friday after a month out with injury, but I have to wonder whether he will given his place straight back in the starting eleven by the new manager.

Since coming in, Garry Monk has been bold with his formation, using a 4-4-2 against both Middlesbrough and Cardiff City in his first two matches in charge so far. On both occasions he has selected Maikel Kieftenbeld and Craig Gardner in the starting eleven.

At the moment, it seems the pair are the new gaffer`s favoured combination in the middle of the pitch, and it will be interesting to see where our no.26 figures in his plans.

The 27 year old suffered an injury at just the wrong time. His goals and assists in the victories against Sheffield Wednesday and Sunderland, directly preceded our horrendous recent form.

After his last appearance in the derby, we`ve gone on a run where we`ve scored just three goals, and conceded 14. Yet, his inclusion back in the starting eleven is not a given.

Despite Gardner`s indifferent form this campaign, it looks like the manager trusts his experience in a relegation fight. Captain Michael Morrison was recalled for the new boss`s first game in charge for the same reason, and it looks as though he`ll remain a permanent fixture for the rest of the season.

Davis though is also an experienced figure. He has captained the side on occasion, and his 158 games for us make him the third longest serving player at the club. I have no doubt Monk will be considering recalling him, but who do you think he will drop?

He could of course change formation to accommodate all three, but if we continue with four in midfield, who do you think will start in the centre? Let me know in the poll!