Where the Fight For Survival Could Be Won – Birmingham’s Attack 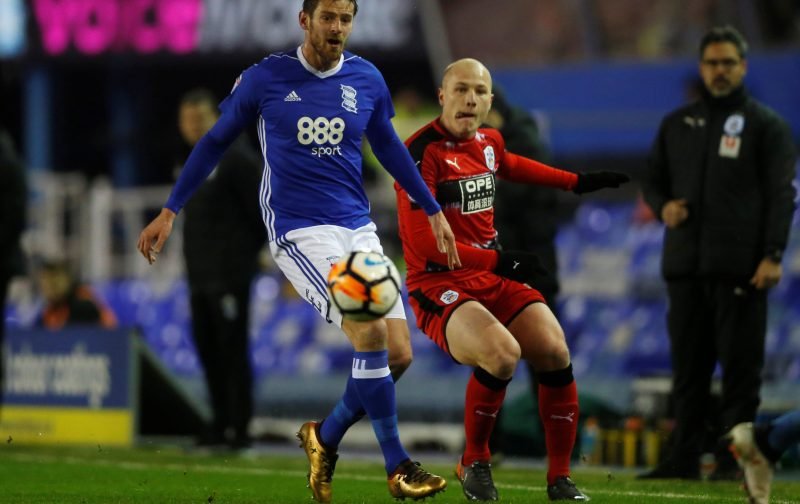 Garry Monk has pretty much relied on the partnership between Lukas Jutkiewicz and Che Adams up front since he arrived as manager a couple of months ago.

The pairing was integral in last season’s great escape, and he has banked on the duo doing much the same this time around. It has worked for the most part as well.

Lukas has scored three goals and provided one assist in his last six games, while Che has two goals and two assists in his last five appearances. On that basis, it would seem unwise to break up the partnership for such a crucial game against Fulham.

However, that is exactly what I’m advocating. It has nothing to do with our no.14’s relatively poor display against QPR (despite him scoring in the defeat), it’s more to do with how the system that we used at Loftus Road just didn’t work.

We weren’t playing a full-strength team last Saturday, but our opponents had two-thirds of the possession and dominated in midfield. If that happens at the weekend, the Cottagers will put us to the sword.

As wrenching as it will be to move away from the 4-4-2 that has worked so well against teams, especially at home, the need to keep the ball has to be paramount. So, that will mean dropping either Jutkiewicz or Adams, unless the manager decides to drop one into a deeper role.

For me, our no.10 has to start. He can hold up the ball on his own up front and bring others like Jota into the game. There is a clear danger of him being isolated if we sit too deep though so I expect David Davis to play as the most advanced midfielder to provide support, in addition to the wingers.

To get the point we need, it’s imperative that we control the game, and with five men in midfield, we have the best chance of doing just that. Che doesn’t deserve to be on the bench considering his performances alongside Jutkiewicz, but for me, it is something Monk will have to do in order for us to get a result.