Lots of Blues fans have been reacting to some rather bizarre comments made by an important figure at our Second City rivals.

You don’t suppose maybe he’s caught something during the whole Coronavirus scare and things have gone to his head do you? Because that might be the only way that he’d think this would be OK to say these sort of comments without expecting some kind of pushback.

Aston Villa’s sporting director Jesus Garcia Pitarch recently spoke to Spanish outlet Cope (translated via The Daily Mirror) in which he said that the Premier League season needed to be stopped with there being no relegations:

“The most reasonable thing that everyone thinks is that, if the league has to be stopped, that there are no relegations. There is a certain unanimity that there should be no descent.”

Will Villa get relegated once this is all over with? 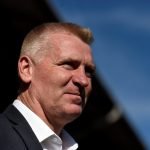 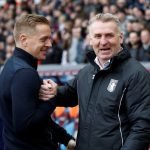 Funny he should say that given that Villa are currently 19th in the table, and although the club have since distanced themselves from the comments, it still hasn’t stopped plenty of Blues fans from tearing into the proposed idea.

Of course he did. Relegate them

Why would that be..?

They just can’t help themselves sometimes can they?