‘We will definitely need him’: These Birmingham fans react to huge injury boost 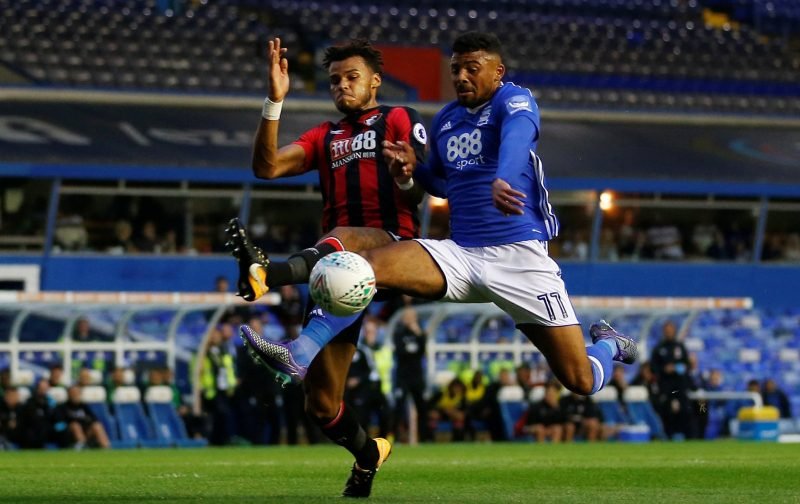 Birmingham City have entered the international break in a positive run of form, suffering defeat in just one of their last 13 Championship matches.

There is still a lot of work to be done for Garry Monk’s side but positives can be taken from the form of strikers Che Adams and Lukas Jutkiewicz, who have been scoring for fun so far this season.

Adams took his tally to eight goals in 17 matches after hitting a hat-trick in the recent 3-3 draw with Hull City, while Jutkiewicz has found the net nine times in the same number of appearances – putting him third in the Championship’s scoring charts.

Birmingham’s attacking depth looks set to be increased further in the coming weeks as Isaac Vassell edges towards a return from injury and fans have reacted positively after the club’s post on social media showed the latest stage of his recovery.

Vassell found the net once in nine league appearances last season and certainly faces a tough battle forcing his way into the starting line-up but fans believe he can be a crucial asset heading into the busy festive season.

Really hope he does well for us. He’s basically Juke and Adams in one with his strength and pace, suddenly our depth up front would be fairly strong with him on the bench without any injuries.

Can’t wait to have him back,we will definitely need him over the Xmas period and long there after kro Isaac

@888sport can I get odds on Isaac Vassell to score the winner in the Derby next week please?!?