Two loanees who could have made an impact this season 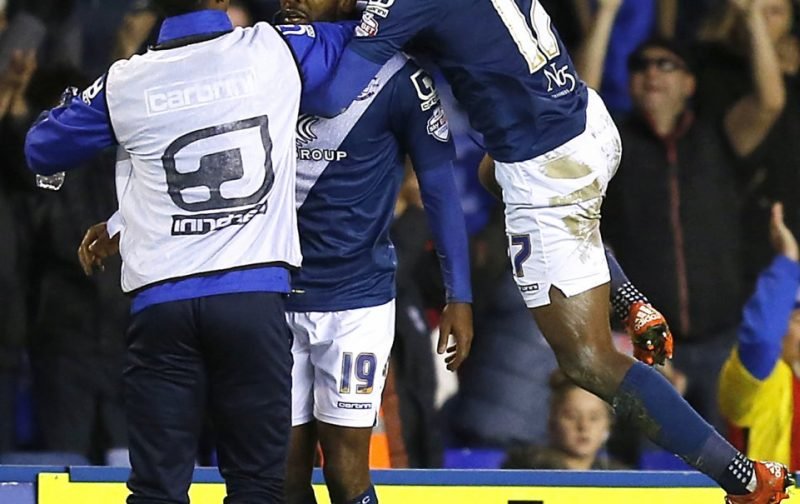 Viv-Solomon Otabor – On loan at Blackpool: 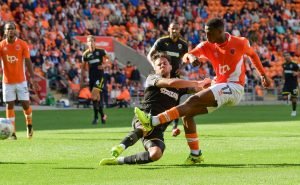 His breakthrough into the first team at Blues led to him becoming the Young Player of the Season in 2015/16. But the early promise soon evaporated and VSO’s Blues career started rolling downhill.

The continual managerial turnaround certainly hasn’t helped. That phenomenal solo goal at Fulham is just a distant memory but undoubtedly a glimpse of what he has in his locker.

Since then, after a disappointing loan spell to Bolton where he struggled to make an impression, he has found himself at Blackpool for a second loan spell in League One. He has forced himself into first-team reckoning and game time is finally beginning to pay dividends for him. With 42 appearances for Blackpool this season, he has scored five goals in that spell including two in his last three.

His current loan spell looks to have been beneficial for all parties. Personally, and if the worst happens to Blues and we are relegated, we have a ready-made and proven League One talent to fit straight into the team.

Viv seems to be a real glowing prospect for Blues in what has been another disappointing season for the club. Nonetheless, his progress at Blackpool has been a real eye-opener and he has put himself back in the spotlight.

With the lack of impression made by loanees Carl Jenkinson, Cohen Bramall and Jeremie Boga, it’s a shame Blues decided not to hold on to Viv as he may have been able to make an impact at Blues if given the opportunity to do so. His raw power and pace would have been a great addition to the team and is certainly something the squad is lacking.

Blues will now be getting one of their promising prospects back after gaining some valuable experience elsewhere. On his return to the St. Andrews, VSO will have one year remaining on his contract so it is likely the club will either offer him a fresh deal or let him leave on a permanent basis.

The Wast Hills academy has been a success in recent years producing the likes of Jack Butland, Nathan Redmond, Demari Gray and Jordon Mutch. Here’s hoping Viv can follow in their footsteps.

Cheick Keita – On loan at Bologna 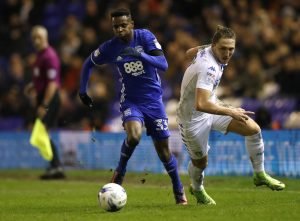 When Keita signed for Blues there was a great sense of excitement. Whilst he was relatively unknown in this country, Blues fans were told of his ability. Aside from a couple of eye-catching performances (and some tricks), Keita spell at Blues has not lived up to expectations.

On his debut, he certainly demonstrated the attributes of a great signing that’s for sure. He showed bucket loads of pace, flair and skill. Not to mention supplying a brilliant assist for the onrushing Lukas Jutkiewicz.

That performance certainly drew the attention of Blues fans. It was certainly great to watch. But if you look beneath the surface, you’ll find a player who is very limited defensively.

Things became difficult for him when Gianfranco Zola left. The appointment of Harry Redknapp put an end to his first-team involvement.

But for the ability he did show in the little time he has spent at Blues, fans were certainly disappointed to see him depart for the whole season. He just never got a look in.

His move to Bologna hasn’t been a successful one either. Even upon recovery from his injury, he has yet to make a first-team appearance. With his loan on deadline day and the lack of a recall clause on his the deal, he seems a little stranded it what looks to be a wasted year in a potentially very talented individual’s career.

Maybe, just maybe, a decent coach can unearth his potential. If that happens, Blues will have a quality player on their hands.