“There are options”: Lots of Blues fans call for change with “natural replacement” waiting 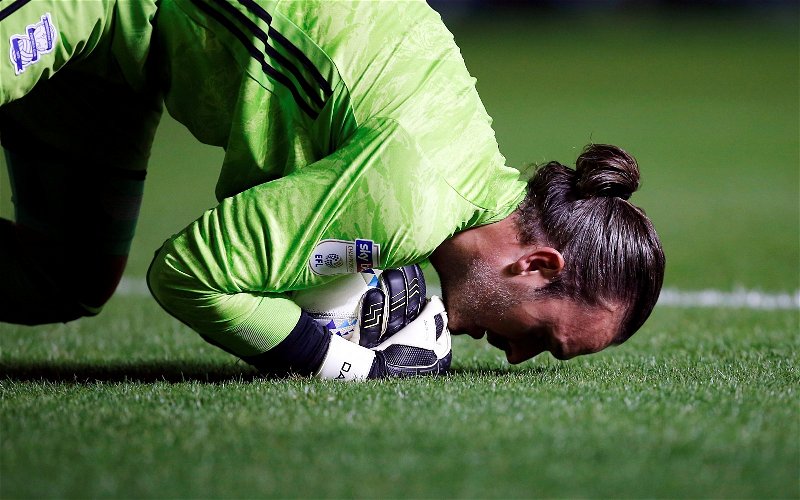 I think this is a pretty convincing enough majority.

The timing of his latest mistake couldn’t have been worse for Lee Camp, as now it’s set to be the talk of the fan base for the next two weeks because of the international break. At least when he made his mistake against Wigan Athletic, everything got washed away a couple of days later with the victory over Middlesbrough.

With Pep Clotet saying after the game that he’s going to have words with Darryl Flahavan, the club goalkeeping coach about his mistake, it’s started to put some thoughts in people’s heads that Camp’s time in goal at St Andrew’s might officially be coming to an end.

It was on that note that @Blues_HQ asked fans if he should be dropped from the starting eleven, it got almost unanimous support from the fans, with fans pointing out that they have more than enough options to deal with the situation.

Stockdale with one arm is better than Camp

Theres trueman, stockdale or ramos to choose from… there are options…. i actually like camp and when hes onit hes onit ….i was there Saturday and it cost us the game but im still undecided

Definitely.. too many bloopers

Not just the mistake against Fulham is general goalkeeping all season ????‍♂️

The trouble is no one is challenging his position a situation that I’m sure is going to be addressed by the club.

Should Lee Camp finally be dropped?

Long-time readers of this site will know that bringing in Moha Ramos would go down well in my books, but what about you? Who do you think should be in goal after the international break?