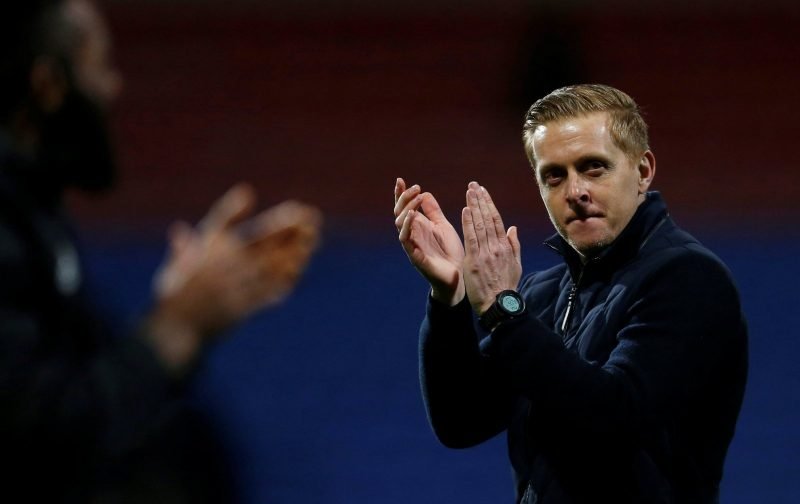 When the fixture list came out this summer, Blues fans looked for two sides.

The first was quite obviously the clash with Aston Villa, the big Second City derby. The other was Stoke City. Not just a recently relegated outfit but a club with Gary Rowett in charge, a man who divides opinion like few others these days.

There are plenty of misconceptions about Gary Rowett and the contempt that Blues fans treat him with.

Blues fans are an incredibly loyal bunch and we expect the same from our players and management staff, even in the crazy world of modern football. Gary Rowett’s sacking was treated with anger by supporters but the rumours and reasons that followed gave credence to the decision.

The then Blues gaffer was said to be flashing his eyelids in the direction of other clubs who were in the process of selecting a new football manager or head coach, clubs such as Queens Park Rangers, Fulham, Derby County and Wolverhampton Wanderers. It wasn’t taken kindly and Blues fans soon realised that we had rid ourselves of a mercenary.

The rumours ensured that Rowett was public enemy number one and his actions since haven’t helped. He celebrated the last minute winner scored by Thomas Ince for Derby County so proudly that Blues fans were wiping their eyes in disbelief. And this summer he departed Derby for Stoke City without delivering the promotion they craved.

Rowett will argue otherwise. He was sacked by the Blues after a 2-1 home win against Ipswich Town and had us close to the play-offs despite often working on a fairly limited budget. He didn’t always get his signings right but it’s notable that even now, Michael Morrison, Maikel Kieftenbeld and Lukas Jutkiewicz remain key figures through the spine of the side.

And as the likes of Troy Deeney have recently acknowledged, football isn’t loyal to the players or managers anymore meaning you have to make the most of the opportunities you get from elsewhere. That means taking a leap from Birmingham City to Derby County to Stoke City, the chances of success increasing with each move and inevitably earning more to bring that success.

My personal views were that Rowett was a tad lucky to land the job having regularly failed to deliver at the final hurdle, be that winning promotion with Burton Albion and Derby County or getting into the top six with Blues having promised so much during the course of each season. When that extra bit of positivity and confidence was required at the back end of the season, Blues always tailed away with a little fear under Rowett.

He has struggled early on at Stoke City and laughter has come from those at Blues and Derby. After all, Rowett has spent more than any other manager in the division to bring in Ashley Williams, Sam Clucas, Ryan Woods, Thomas Ince, James McClean and Benik Afobe amongst others.

It’s worth noting that this isn’t an easy job. Stoke’s identity was ripped apart over the years under Mark Hughes and as their defence and midfield grew weary with age, their attack became remarkably inconsistent at best. The energy levels decreased, the organisation evaporated and Stoke became an easy target.

Rowett’s job has not been as simple as improving a team for a promotion challenge. Rowett has had to work out who is still up for the fight amongst his troops and it’s notable that his new leaders are Ashley Williams and Ryan Woods, two of his new recruits. Darren Fletcher and Ryan Shawcross have been replaced. Mame Biram Diouf has been moved out for Benik Afobe and Thomas Ince.

Garry Monk will understand the difficulties that Rowett has faced. He took over at Middlesbrough following their relegation from the Premier League and spent a similar fortune on new players in a bid to secure promotion. Though Middlesbrough were performing better than Rowett’s Stoke, he was never given the time to prove he could deliver the final result.

Monk received praise for his work this week from the ex-Blues boss for bringing back an identity to Blues’ play, one that the supporters can identify with. And though his relationship has since turned sour with Blues supporters, there is no question that once upon a time, we adored Rowett in the same way we adore Monk now.

These days, Rowett is most certainly not adored and the away support at the Bet365 Stadium will no doubt make him aware of that fact. Here’s hoping Michael Morrison, Maikel Kieftenbeld, Jacques Maghoma, Che Adams and Lukas Jutkiewicz can make their old boss pay.

Gary Rowett has spoken about one or two little knocks ahead of their clash with Blues. No names have been mentioned and Rowett will hope for a fully fit squad to be available ahead of the clash, with the exception of longer-term absentees Sam Clucas and Ibrahim Afellay.

Garry Monk is unlikely to make any changes to his squad following the recent home win against Rotherham United. Some fans are calling for Connor Mahoney to start while Craig Gardner could be welcomed back into the fold following injury. Isaac Vassell and David Davis are still a couple of weeks away from a return.

The last time Blues met Stoke City was in an extraordinary League Cup fixture that saw Lee Clark’s side net four against Premier League Stoke City. Tom Adeyemi cancelled out Oussama Assaidi’s opener before Wade Elliot was sent off on the stroke of half-time for an adjudged elbow. Peter Crouch and Marko Arnautovic appeared to put the game to bed before a late Peter Lovenkrands brace sent the game into extra-time. Kenwyne Jones again thought he had won the tie for his side until Olly Lee unleashed a volley with two minutes left to play. That goal took the game to penalties but Callum Reilly and Mitch Hancox both missed from the spot as Blues were knocked out of the cup.

When Birmingham City were raiding Brentford of their key players last summer, every Blues fan was hoping that we could add Ryan Woods to the list. The diminutive, ginger midfielder is an impressive figure, a player extremely confident in possession and capable of dictating the pattern of a game. Stoke have many talented players but their new recruit is the man they will build through – he has even earned himself the captain’s armband in Ryan Shawcross’ absence.