The Juke of Bolton 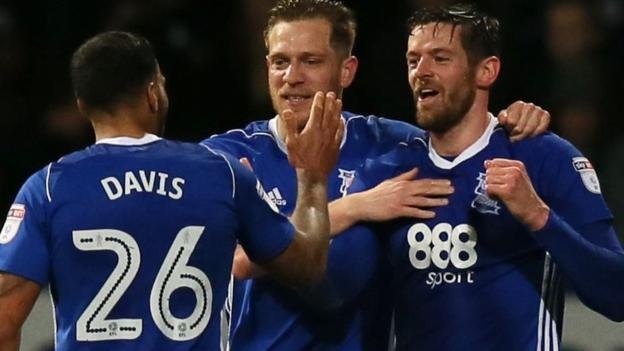 Football is often referred to as the beautiful game. Sometimes, though, it has to be ugly. Last night’s hard-fought win at the Macron was exactly what Blues deserved. It may not have been pretty on the eye but it was effective as Garry Monk’s men played Bolton at their own game.

Lukas Jutkiewicz’s goal against his former club late in the first half was the difference between the teams and drags Blues five points clear of third-bottom Barnsley and level with Bolton and Reading – the two teams immediately above them.

It was a scrappy, turgid affair between two hard-working, committed sides. Goals were never going to be plentiful so the importance of Jutkiewicz’s strike may be telling in a few weeks time.

Garry Monk promised his players would be ‘crawling off the pitch’ under his watch and this was the prime example of that. A real one hundred percenter. There will be a few sore legs this morning.

To a man, Blues were organised and compact. From David Stockdale’s command of his area to the back four defending their goal like a soldier outside Buckingham Palace. In the middle and final third, Blues never stopped chasing and harrying.

The selection of Chieck Ndoye was an inspired decision. Where his distribution lets him down, his aerial ability compensates – it seemed as if the Senegal international won everything in Blues’s box and his block to deny a goal-bound effort in the dying embers was an outstanding, match-winning block.

Blues had to play for 23 minutes plus added time with ten men after Che Adams was dismissed for a late lunge. That should have made the task at hand even more difficult but instead, Blues dug their heels in further.

Finishing the game a man down, with no strikers and Maikel Kieftenbeld as a makeshift winger speaks volumes for the grinding out Blues had to do.

Before last night, Bolton had only lost one Championship game at home since Christmas. Cardiff, Hull, Ipswich, Fulham and Aston Villa have all lost or failed to win at the Macron so make no bones about how huge this win is. A third successive win and third successive clean sheet.

The 4,817 away contingent were deafening at times and the unity between players, manager and fans at the end was a long overdue experience.

Monk has pulled all the players together and is squeezing every ounce from them. More of the same on Saturday against Burton Albion will see Blues with one foot in next seasons second tier.