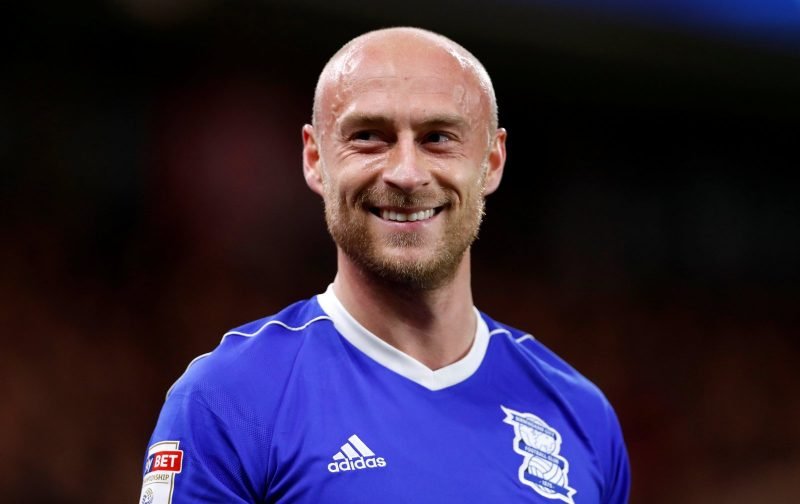 Some fantastic players have graced the pitch in a Blue shirt over the years, and we’ve been lucky to enjoy their pursuits often for years at a time.

However, as with anything, their spells and careers eventually come to an end, and that’s been the case for former Brum man David Cotterill this week.

Cotterill announced his retirement at the age of 30 on Wednesday, and it’s fair to say that plenty of football fans have paid tribute to him.

I just want to say THANK YOU for allowing me to fulfil my boyhood dream of being a footballer it’s time for the next chapter in my life #DC pic.twitter.com/azR8101D26

He played for Blues between 2014 and 2017, making over 100 appearances in the process. A winger by trade, he was particularly impactful when running down the flanks and looking to put in a cross or a through ball towards goal. He had great accuracy and was always trying to make things happen. Though not always a regular, he was often reliable and it’s clear that he won’t be forgotten by fans anytime soon.

Take a look at what Blues fans have had to say, and let us know your memories of him below…

Good luck Cotts for the future whatever you do it will be a success! Thx for all the great pix over your time @BCFC ,if your are ever at loose end on a Saturday afternoon, I could always do with an assistant! will keep you updated on all the new Lego stuff

Best of luck for the future & thanks for the memories, #KRO the bald Bale !

Just wanna say thank you for playing for Birmingham we enjoyed you down here all the best for your future kro your always welcome to come and see us play pic.twitter.com/Czit7YtnLn

Good luck cotts. Great servant to our club and some fantastic performances along the way. As our anthem says… keep right on! Thank you ???? #bcfc #DC

David, there were people at the Blues, myself included, that were sometimes critical of your performances. But you were one of the best crossers of the ball that I’ve ever seen at the club. I know you’re ‘still good enough’ but I wish you well with your decision to retire #KRO

Wish you all the best with your retirement! KRO