These Blues fans have been feeling all nostalgic after the club posted some footage yesterday.

I don’t know if we’re allowed to quite delve into calling things ‘the good old days’ considering that we finished slap bang in mid-table, but it was certainly an exciting time in the Premier League in those days, particularly because of games like this.

Yesterday marked the 16th anniversary of one of our most empathic wins during our days in the Premier League, a 3-0 victory over Everton at the tail end of the 2003-04 season. Goals from Damien Johnson, Stan Lazaridis & Mikael Forssell were enough to seal the points that day against a team that contained the likes of Wayne Rooney & Duncan Ferguson, so it was some impressive feat.

Was Lazaridis over or under appreciated during his time here? 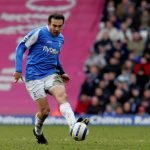 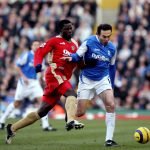 And whilst there were some who decided to talk about the game itself, it seemed as though the majority of Blues fans seemed more interested in talking about that particular ‘era’ of Birmingham City.

Too right. Railway looks awesome that full. None of this 27k sellout bollocks

This squad was quality, savage was so underated

Loved that team we had then 👌

What were your favourite memories of that time supporting the Blues?