Report: Conflicting stories surround Birmingham City and their pursuit of League One forward 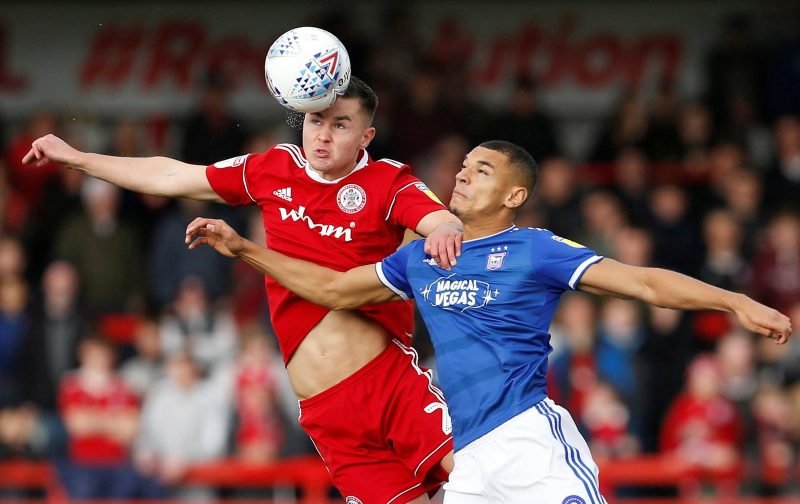 Like most stories around this time of year, it is a case of believe who you want to believe.

But it’s also important to not instantly dismiss one side of the discussion either if you happen to fall on either side of the fence, so let’s take a look at the whole thing in one big picture.

According to a report from Football Insider, Birmingham City are in talks with Ipswich Town over a £2.5m move for forward Kayden Jackson. The 26-year-old had an OK season in League One during the last campaign, scoring 11 goals and chipping in with 7 assists in his 36 appearances before the season was cut short.

However, this report has been countered by journalist Richard Wilford who claims that the rumours are ‘wide of the mark’, so as I said earlier, believe who you want to believe.

Blues fans didn’t seem too happy when he was first linked with us back in August, with the majority of them claiming that he would merely be a backup for us, and that his record in the Championship last time around didn’t fill them with much confidence.

The thing is though, that makes him the perfect candidate for us, someone who can offer a few goals whenever we find ourselves without Lukas Jutkiewicz, who even though he played every game last season has started this season with a little bit of an injury so could be out of action at any minute. We don’t need him to come in and score 20 goals (although it would be nice), just the odd couple here and there if and when we need him.

And at £2.5m, that isn’t exactly the biggest fee to fork out, so it wouldn’t be doing us much damage financially either.

So whilst I’m still on the fence on whether or not it could happen, I definitely fall on the side that hopes it does happen.

One Reply to “Report: Conflicting stories surround Birmingham City and their pursuit of League One forward”