Report: Blues set to enter choppy waters when it comes to their chase for Scott Hogan 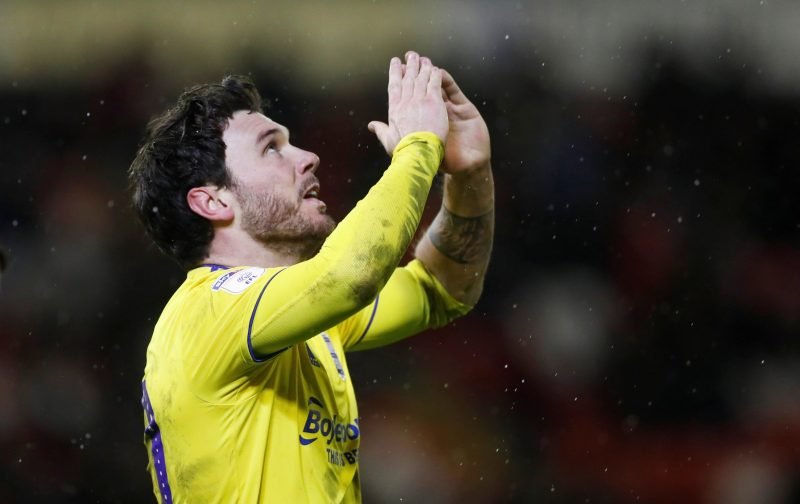 The good news, is that the partnership that has flourished between Lukas Jutkiewicz and Scott Hogan could be about to stick around for a long time to come. The bad news, is that we might be forced to pay through the nose for it to happen.

According to journalist Alan Nixon, there is ‘definite interest’ in the Blues turning Hogan’s loan deal from Aston Villa into a permanent one in the summer. And why not? With seven goals and an assist in just nine appearances for the club since signing for us in the January window, they’d be fools not to be interested.

The problem then comes with just how much Villa are likely to charge us for his services.

Which in itself is going to depend on a number of factors, such as what division they’re in, because we know how much money you get from being in the Premier League, and if they stay up, they probably aren’t going to need to sell him off in order to stay afloat as it were. That’s why I’ve posed the question in the past on whether or not you’d rather have Aston Villa stay up and have Hogan stay, or have them relegated with the possibility of him leaving.

What would you rather?

But at least we know that we’re interested in him, and that at the very least is a starting point, because even if Villa don’t want to sell him at first, at least we’re in a good situation where we can ‘sweet talk’ him as it were, to try and convince him to come and join us and carry on this great run of form.

Maybe that can give us some leverage and he can ‘force’ his way out, not that I believe he’d do anything sinister like go on strike to force a move, but at least get the wheels in motion.

What about you? Do you think that we have a chance of keeping hold of Scott Hogan through the summer?

3 Replies to “Report: Blues set to enter choppy waters when it comes to their chase for Scott Hogan”