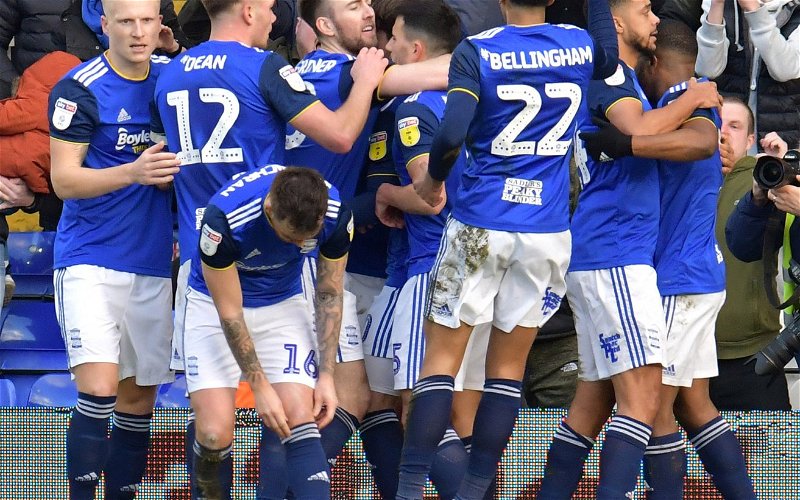 This wasn’t easy, and trust me it took longer than I thought it would to put it in this order, but to fill your weekend with no football, here are what I think are the top 5 Birmingham City goals from the 19/20 campaign so far.

5 – Scott Hogan v Barnsley: This goal makes it more for the effort in the buildup than it does for the finish, although the finish was pretty good as well. Jude Bellingham put in an incredible shift out wide to win the ball back, and it was his cut back that sent the ball to Hogan to turn and fire into the far corner.

4 – Maxime Colin v Blackburn: I’m not usually a fan of ‘team goals’, I much prefer my goals to be strikes from distance, but this one was just so intricately worked, that I couldn’t keep it out of the top five. I think every player bar two touched the ball in the wonderfully flowing move, and the last few passes were just exquisite before Colin finished with a head at the far post.

3 – Ivan Sunjic v Derby: His first goal for the club and what a way to introduce yourself then with an absolute rocket from the edge of the box into the top corner after a little bit of a goalmouth scramble just before it.

Was Bela's strike v Reading your goal of the season?

2 – Ivan Sunjic v Cardiff: The second of Sunjic’s long range efforts this season, and this one gets the nod purely on the basis that it was much further out and left the Cardiff goalkeeper stranded, meaning that he never really stood a chance of getting a hand to it, so perhaps it was that visual element that helps its case as well.

1 – Jeremie Bela v Reading: Arguably the best kick of a ball that a Blues player has had all season, either from a set piece or open play, and again a great way to get your first goal for the club as the Frenchman struck it right into the far top corner, followed by great celebrations afterwards.