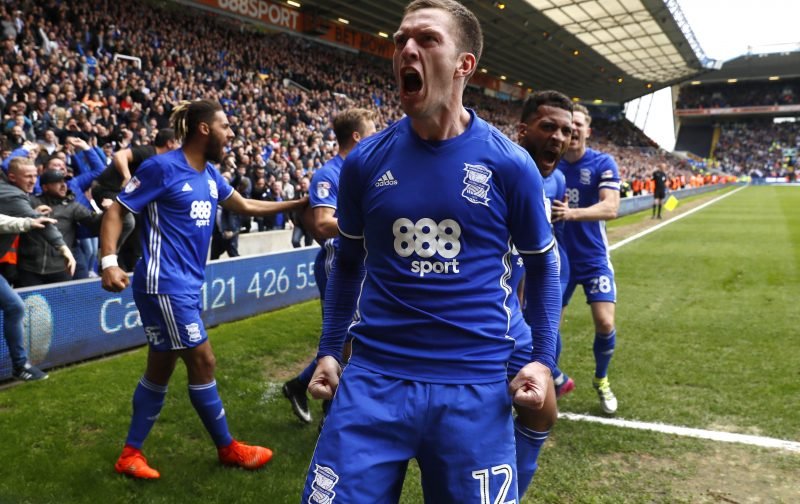 Birmingham Mail reporter Brian Dick has shared his starting eleven for the crunch game against Fulham on Sunday.

It’s not far off the team I would pick for the match to be honest with you. The dilemma over whether we should play 4-5-1 or 4-4-2, and play more attacking football has started a debate among fans on Twitter:

Do we ever actually keep a clean sheet when we go 5 at the back and put players like Davis and N’doye in attacking positions? Seems we do better defensively when we play attacking football and take pressure off the defence.

Not a dilemma in my book- a point will be enough- i would think plYkng entertaining-football is the last thing on GMs mind- Organised~yes, High energy & intensity~yes, get the result needed at all costs~yes, not letting Fulham play the way they want to~yes

Shut up shop, park a fleet of buses and play an 8-1-1 formation!

Has to be contain and break when the opportunity arises – we can entertain when we're safe! Last thing we want is an open attacking game and then get hammered.

Id probably have Gallagher up top just for a bit of mobility. Sometimes a channel ball maybe the only way out and Gallagher gives the extra mobility to carry out both tasks. Other than that pretty spot on personally.

@briandick that's exactly the team I would go with as well.

The atmosphere on Sunday needs to be like the prem days. As nervous as it’s going to be, we need to get behind the team from the off and even if we go down. Make Fulham panic, they will not be used to this atmosphere. #BCFC

Had al sorts of horrible dreams about the Blues last night. Fulham beat us 5-0 and Bolton and Burton won. Can’t wait until Sunday is done with either way. It’s too stressful #BCFC

We have to try and control the game against the Cottagers. We can’t have a situation where we are overrun in the middle of the park or we could be in for a long afternoon.

The threat from their forward line is too great to be too gung-ho, and I have to agree with most that containment has to be the priority, at least initially.

If we can win the battle in midfield though, we can then perhaps play more positively. The worst thing we can do is sit too deep and not threaten in the final third.