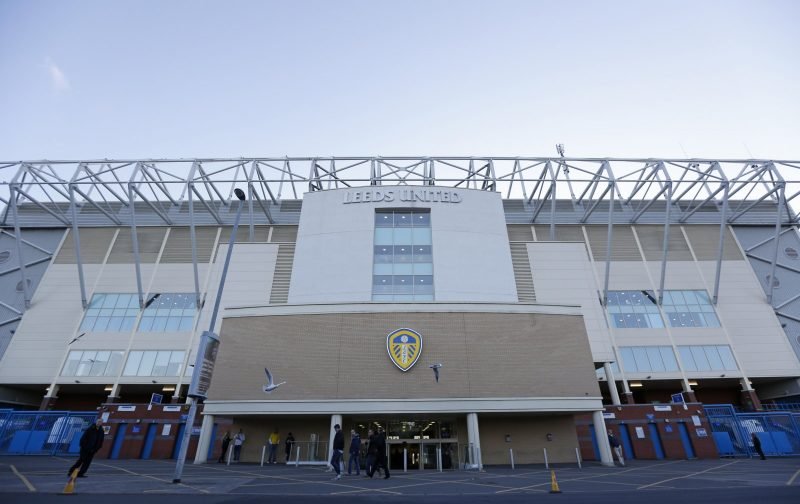 We spoke to Leeds United fan Adam Willerton ahead of Blues’ trip to Elland Road. Adam works as part of the Leeds United Supporters’ Trust and has given his thoughts ahead of tomorrow’s game.

JC: You’ve had a fantastic start to the season and are sitting at the top of the Championship table, what has it been like being a Leeds United fan over the first seven weeks of the season? What has impressed you the most?

AW: It’s been brilliant, as you’d imagine. We’ve blown away most teams we’ve played, and the games where we haven’t been at our best we have still managed to snatch points. I think cautious optimism is the general mood around Elland Road as we were in a very similar position at this stage of last season, but we haven’t seen a Leeds team play like this in years, so you can’t blame us for enjoying ourselves…

JC: Do you think Leeds United can maintain this positive form over the entire campaign? Where do you think you will finish in the table?

AW: Underachieving and letting everybody down is Leeds United’s speciality, but something feels different this season. The calibre of players we’ve brought in, the way that last year’s crop are playing and the style that Bielsa has brought with him should only fill Leeds fans with confidence. Bielsa’s teams have a reputation for fading as the season goes on, so things might be different come January, but after the start we’ve had, top 2 has to be the aim. I’m going to say we’ll finish second behind West Brom (sorry Blues fans).

JC: Marcelo Bielsa was only appointed in June, what have you made of him so far? How do you think he has managed to make such a positive start with the club?

AW: A lot has been written and said about him in the media; about his nickname “El Loco”, his infamous press conferences and of course, his bucket. In truth, he comes across as a very reserved, measured and humble man, who has somehow managed to get our players playing like the Galacticos. How he’s done it, I have no idea. But he has managed to work to each players’ strengths, give them confidence and belief, and by the sounds of it, work them to the bone. We’ve all fallen in love with him already.

JC: What kind of style should we expect to see this Leeds United team try to play against the Blues?

AW: A lot of possession with high intensity. You have no idea how weird it is for me to say that as a Leeds fan.

JC: Who has been the star man for Leeds United this season? And who should we expect to be the biggest threat to Blues in the fixture?

AW: There are genuinely too many to mention. Roofe, Hernandez, Saiz and Phillips have been the standouts so far, but we’ve got a lot of injuries to some big players. I think Ayling and Douglas will be key in this fixture and, after his performance midweek, I’d keep an eye on Jack Harrison too.

AW: Most of the goals we have conceded this season have been from set pieces, so that does seem to be a problem. Our wing backs play very high up the pitch too, so I’m always nervous of teams playing on the counter.

JC: Which Blues player do you think could be a threat to Leeds? Would you take any Blues players at Leeds?

AW: Jota could give us a tough time on the wing, and from what I’ve heard Gary Gardner has had a great start to the season too. I like the look of Harlee Dean, and defence is an area we could do with strengthening, so I think I’d take him!

JC: With Blues manager Garry Monk having previously been the manager at Leeds, what were your thoughts of him while he was there?

AW: I think everyone loved Garry while he was here and were more than disappointed when he left. It was clear we were far from the finished article, but he gave us our highest league finish in 6 years and galvanised the fan base after a long period of bickering and disillusionment. Everyone expected him to pick up where he left off the following season and take us to the playoffs or further. That wasn’t to be, and a lot of Leeds fans still hold some resentment about it.

JC: Do you think Monk will be successful at Blues?

AW: How successful he will be at Birmingham remains to be seen. Boro fans weren’t sold on him, and there’s been a bit of retrospective criticism from Leeds fans (although that could just be sour grapes). He does come across as quite a proud person, so he may have a point to prove with Birmingham.

AW: If Birmingham sit back and play on the counter, it could be tight. I’m going to say 2-1 to Leeds.

Thanks to Adam for taking part in our Opposition Q&A!