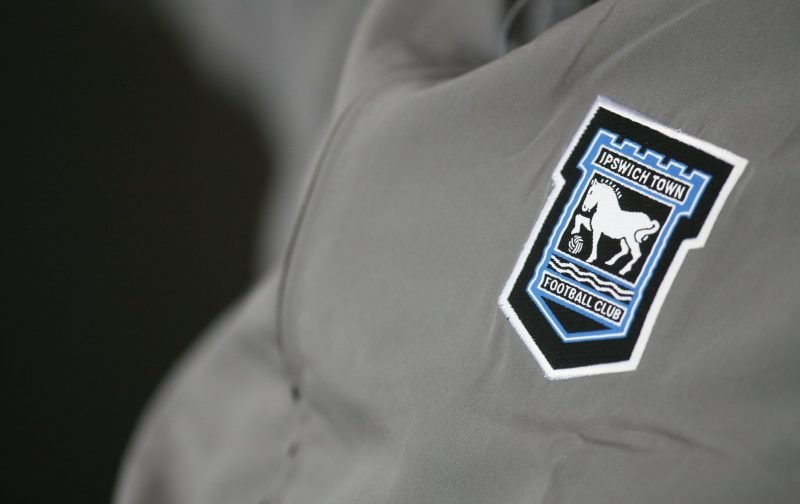 We spoke to Ipswich Town fan Oliver Allen ahead of Blues’ fixture against the Tractor Boys. Oliver is a writer for ipswichtowntalk.co.uk and has given his thoughts ahead of tomorrow’s game.

JC: You currently sit 23rd in the Championship table without a win on the board, as a fan, what has that start to the season been like for you to experience?

OA: I think most Town fans will agree that it has been disappointing and such an anti-climax to the excitement and positivity of pre-season. The buzz around Ipswich Town has seemingly disappeared already and attendances are already going back to the ones we had under McCarthy (14,000 against Bolton last Saturday). Although many fans didn’t expect a high flying start in which we flew up the table, I don’t think anyone expected us to be winless after nine games.

OA: Honestly, I don’t know for either question. I hope we can turn things around because another poor season will lead to even fewer fans turning up, more toxicity around the club and potential relegation would be a complete disaster. The squad is nothing beyond average so I reckon we may have enough to just scrape survival, however, I would struggle to name three sides that are worse than Ipswich at the moment.

JC: Paul Hurst was only appointed in May, what have you made of him so far? Do you think he has the potential to be a success with your club?

OA: I find it hard to give a straight opinion on Hurst’s time so far because he has done things which impress me whilst he likes to do the odd thing that really grinds mine and, I assume, many other Town fans gears. I like how he comes across in interviews, his focus on player fitness and respect for the club’s traditions, fans and appreciation for the club as a whole (it may sound silly but McCarthy wasn’t the nicest guy). However, as a fan, I don’t want to sound hypocritical as I was fully behind giving the new gaffer a chance, if results carry on as they have been I believe his time at Ipswich is limited. As it much as it pains me to say, I do think some games would have been different if McCarthy was in charge. Yes, I love the fact some performances are a lot more energetic and attacking than a lot of what we saw last season but at the end of the day football is a results business and Hurst simply hasn’t had them yet. It frustrates me because in some games we have been very promising and exciting going forward but for some reason, we cannot consistently play like it. Hurst’s tendency to change formation regularly frustrates me as a fan because it’s almost as if he is changing something that already works. Also, Hurst has wound up Town fans once again as Jonathan Walters has had to been sent back to Burnley after picking up an injury last Saturday. Hurst likes to highlight how he focusses on sports science and how he has brought in this supposedly groundbreaking sports science team into the club which regularly monitors players fitness but then he literally subbed on Walters when he clearly wasn’t fit, Walters gets himself injured and now he will not play for the club again. It just doesn’t make much sense and it does make me wonder does he actually know what he’s doing?

JC: What kind of style should we expect to see this Ipswich Town team try to play against the Blues?

OA: If I was going off of recent matches, I honestly don’t know. If we play to our best, Birmingham fans should expect high energy, pressing football but this will mostly come from counter attacks. Due to recent results, Hurst will most likely not go ‘all guns blazing’ away from home and look to play efficient but effective football. However, if we play poorly, expect regular defensive errors and a lack of a focal point up front, I could see City tearing us apart if we are not up to it.

JC: Who has been the strongest performer for Ipswich this season? And who should we expect to be the biggest threat to Blues in the fixture?

OA: For me, Gwion Edwards has been one of the only positive things to come out of our season so far. He is arguably one of the most technically gifted players Town has had in recent years and will surely cause your fullbacks some problems. His pace, agility and creativity would make him a starter in most Championship sides, so I hope he can put in a good performance on Saturday. Donacien is another solid player who has been hard done this season due to Hurst’s strange team selections. Due to the rule stating that only five loan players can be in the matchday squad, he has often been the player sacrificed to not be included. For many Town fans, this seems ludicrous as he is clearly so much better than our other right back Jordan Spence (who is absolutely useless). Due to Jonathan Walters’ loan being terminated due to injury, there is no excuse for Hurst to not even put him on the bench as now we have five loan players within the team.

OA: Defensively we have been very poor this season so I reckon the pace of Maghoma and clever movement of Che Adams could exploit our slow centre-halves.

JC: What are your expectations of Blues heading into this fixture?

OA: Birmingham have arguably been one of the unluckiest teams in the Championship this season. I think Monk has got your lot playing decent football and some games you have drawn which your probably should have won. Last week’s result against Leeds United was massive and shows that your squad has the potential to maybe push for promotion. If City plays at their best, it could be a long afternoon for us.

JC: Who do you think could be a threat to Ipswich in the Blues team? Would you take any Blues players at Ipswich?

OA: City has many quality players who I would happily have at Town, Jota has always impressed me ever since his Brentford days, he’s simply a joy to watch on the ball when he is playing at his best. Maghoma and Mahoney have both had decent starts to the season and I am sure they will cause Town’s shaky defence problems down the flanks. Jutkiewicz can be a threat in the air but the player I am most wary of is definitely Adams. His pace, dribbling and finishing are only something Town fans could dream of having upfront and I would happily trade both our strikers for him!

OA: Hard to call this one but I reckon it will be a 1-0 home victory. As much as I want us to finally get a win, I just can’t see it happening! Going forward City have too much for our sluggish defence and I reckon an early goal from Adams will be the decider!

Thanks to Oliver for taking part in our Opposition Q&A!