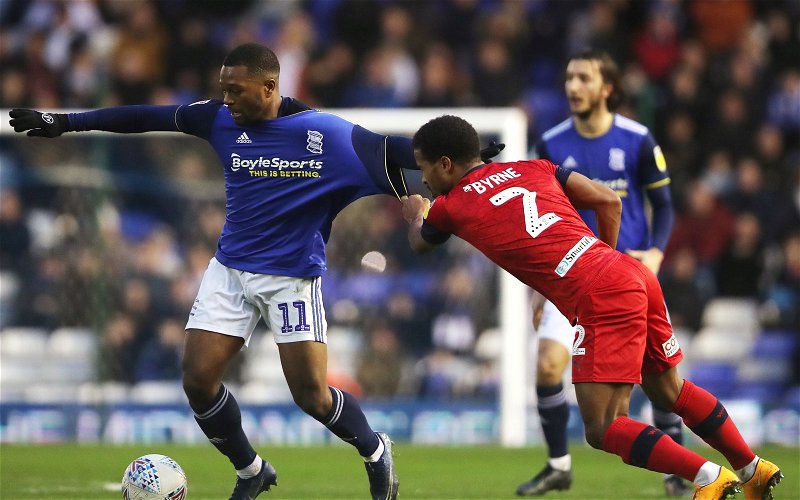 Yesterday, @BirminghamFanTV posed the question, where is Jeremie Bela’s best role for the club.

And seeing as I have nothing better to do, I thought I’d take a shot at answering the question myself, although trying to do it in more than 280 characters.

If you take a look at his record throughout his career, you’ll see that whilst he has been more of a provider than scorer at Birmingham, putting the ball in the back of the net has been his forte.

Having played across the front three in midfield so far in his career, as well as occasional stints upfront, it’s very hard to pin him down to just one spot on the pitch.

The thing is, I think his best position isn’t really a position at all. I believe that he needs to be utilised in more of a ‘free role’, similar to how Cristiano Ronaldo has operated through large parts of his career (note, I am not comparing the two in ability in any way shape or form, just what they can bring to their respective teams).

We need to use his combined skillset and just let run free as it were.

He is the sort of player that you can build a team around, and if you just let him get on with his game, then the rest of the players should fall in line as well. If you allow him to drift between the midfield and attack, through the middle and out wide, it’s going to create problems for opponents as they won’t know where he’s going to pop up next.

And when you take a look at his stats and his place in the team, you can see that he’s up for a little bit of everything in the attacking play; coming in 3rd when it comes to shots per game, 5th in key passes, 5th in crosses and 3rd in dribbles.

What about you? What do you think that Bela’s best position is for us? Or do you think he’d be more suited to a ‘free role’?