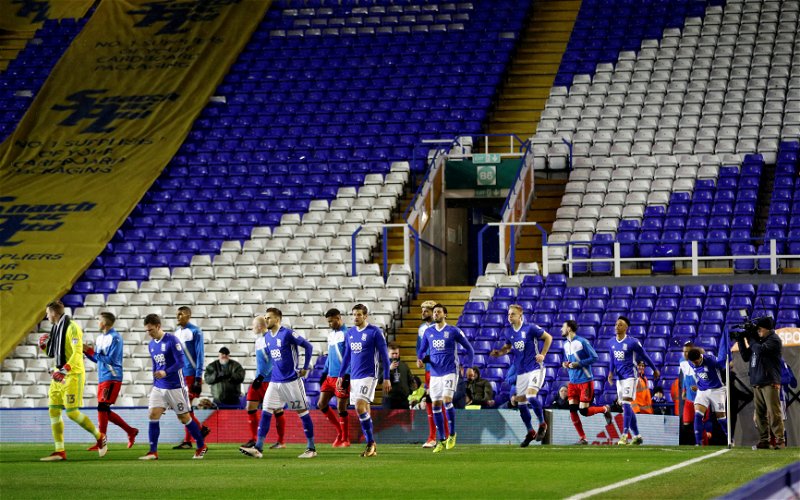 There’s making a short term sacrifice, but then there’s really pushing the envelope on what’s reasonable.

According to reports, Greg Clarke, chairman of the F.A has stated that he doesn’t see fans being allowed into grounds ‘any time soon’, adding fuel to the previous reports that state fans might not be allowed into grounds until 2021, a measure that would mean Blues will play half of their games behind closed doors.

I said earlier today that the club might be given a bit of an advantage when it comes to the financial side of things, if we indeed manage to complete the sale of Jude Bellingham for the reported £30m that clubs are willing to pay for him.

And whilst the match day income, which totalled around £5.2m during the 2018-19 season would certainly come in handy, I think it’s more the ‘integrity of the game’ side of it that worries me about this report.

I just don’t think it’s fair how you can have half of a season behind closed doors when clubs can miss out on having a very large quantity of games without the home advantage of having your fans in the stands.

I can somewhat understand having to do it for the end of the 2019/20 campaign, when we’re only dealing with three or four games per club whilst we have to get through this current spell, but doing the same for as many as ten, eleven or twelve home games (maybe more depending on cup competitions) just doesn’t sit right in the grand scheme of things.

So whilst the financial aspect is one side of the game, something that clubs up and down the county are worrying about more and more in these times, there’s also the competition side that you have to consider in all of this.

Should it come down to a case of all or nothing? Either fans are in for the whole season, or not at all? Let me know what you think.