Opinion: It shouldn’t take much for the Blues to put transfer speculation to an end 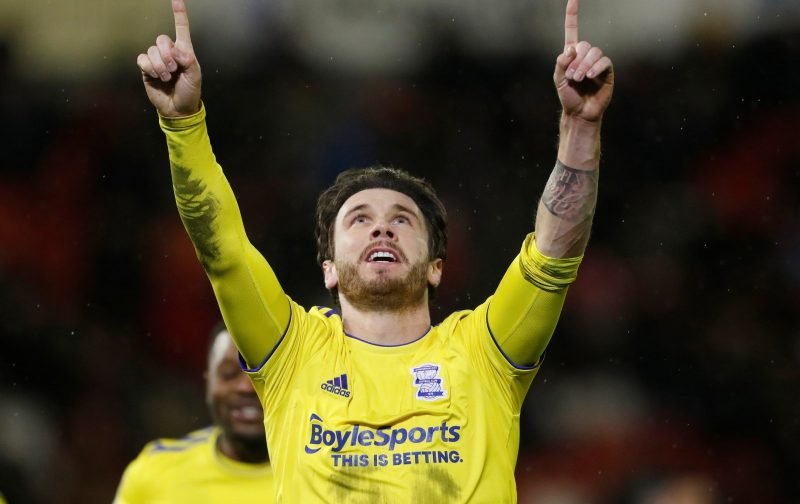 Scott Hogan has been arguably one of the better buys that the Blues have made for some time.

Given his start to life at St Andrew’s, with seven goals in nine games, and the fruitful partnership that he’s been developing with Lukas Jutkiewicz, you can’t help but wonder just how good a state the club would be in if we’d have got him in the summer rather than January.

And speaking of the summer, that might turn out to be the last we see of the Irish forward, and according to Blues journalist Brian Dick, it all hinges on one thing. Writing in a column for Birmingham Live, Dick cast a huge shadow of doubt over whether or not Hogan would be able to come back to St Andrew’s in the summer:

“As much as Blues don’t want to think about it every goal Hogan scores is going to attract more interest from rival clubs. He has one year left on his current Villa deal and the key will be if – and it is an if at this stage – Blues have an option to buy in the original loan agreement. If they have then that would give them the inside line on a player who has seen his fortunes reversed by a heartening loan spell at St Andrew’s.”

At the end, I suppose we’re going to be left asking questions about the scenario right up until the day his loan comes to an end.

That’s why I think the club need to come out and say something about the situation, just to let the fans know precisely where they stand and what the situation is. If the initial deal was a ‘loan with option to buy’, then that at least lets us know that we have the whole thing under our control. And if it doesn’t then at least fans

Either way, at least we’ll know what we’re dealing with.