Opinion: Blues taking on young stopper would be too big a risk at this stage of his career 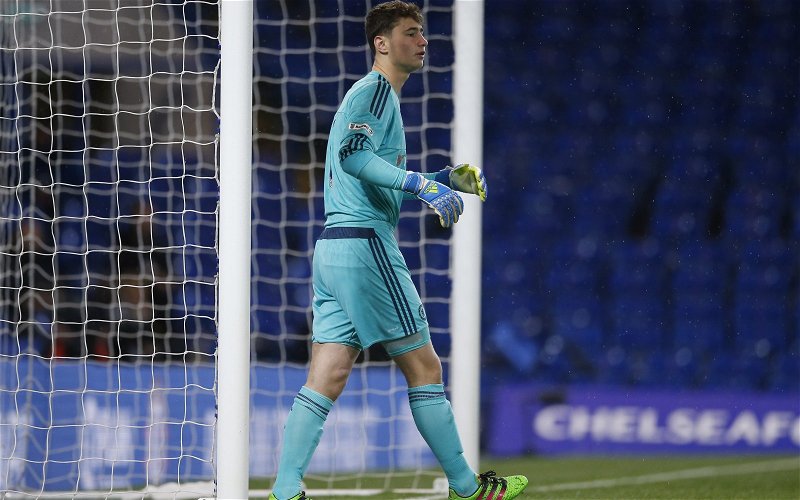 One small step for us, one giant leap in this young player’s career.

That’s exactly what we’d be providing this player if we were to bring him on board this summer, and that’s why I’m a little bit sceptical about it.

According to a report in the London Evening Standard, Birmingham City are one of a number of clubs that are interested in bringing in Chelsea’s 21-year-old goalkeeper Nathan Baxter. Baxter has previously had a few loan spells with the likes of Solihull Moors and Woking in the National League, Yeovil Town in League 2 and Ross County in the Scottish Premiership (which some say is equivalent to League 1, but I’ll let you argue about that).

So you can see that his career is on a bit of an upward trajectory right now as he finds himself moving through the leagues, however I’m not sure I want to be the team that gives him the opportunity to make it in this division, let someone else take the risk.

With the new boss coming in, I just want to get one safe pair of hands in net to start off with to give us a solid foundation to move forward with through this transition, and if you take a look at his goals to clean sheet ratio, that doesn’t fill me with a lot of confidence, especially when he’s likely to be playing behind the fourth-worst defence in the league from last season.

I’ve got no problem with us bringing him in on a permanent deal to maybe develop him for the future, but all indications are that this would be a loan deal. If he were to go straight in as our number one, I don’t think we’d be getting off on the right foot to begin the season.

What about you? Do you think that Baxter would be a good move for us to make?