‘Only scores bangers’: Many Birmingham fans react to bizarre moment in recent win 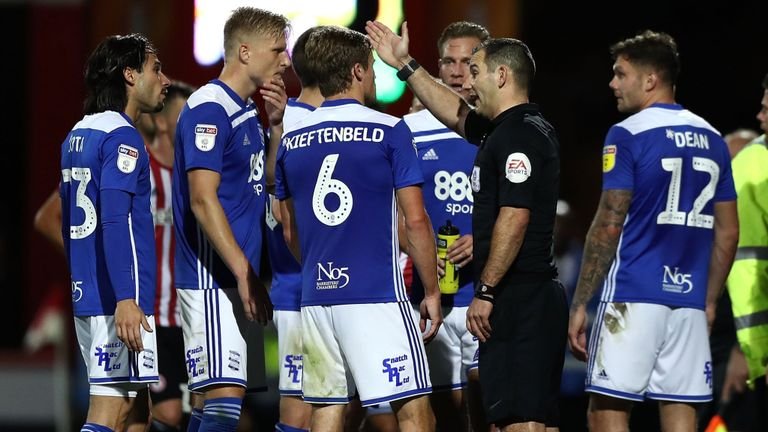 Birmingham City returned to winning ways against Preston on Saturday, easing to a 3-0 victory that bolsters the side’s position after a recent dip in form.

Garry Monk’s side were under pressure after defeats against Derby County and Aston Villa either side of a thrilling 3-3 draw with Hull City but the victory at St. Andrews presents a platform to get back-on-track during the busy festive season that lies ahead.

Jacques Maghoma and Che Adams were both on the scoresheet for the Blues at the weekend but it was the opening goal scored by Maikel Kieftenbeld that left many on social media talking after a truly bizarre sequence of events.

The Dutch midfielder appeared to fire a long ball forward for Lukas Jutkiewicz, which ran through to Preston keeper Declan Rudd but ran past his legs and into the net – although it is fair to say Blues fans on social media did not care.

The Blues did excellently to put right what wasn't working as well in the first half. A crazy goal from Kieftenbeld, followed by a couple more from Maghoma and Adams helped secure the three points. All smiles from the fans in the stands here.#KRO #BCFC

It's easy to blame the keeper, but for me that was another great Kieftenbeld powerful finesse shot from 45 yards that not even De Gea's would've saved ????????????.

Kieftenbeld, goal of the season

Kieftenbeld only scores screamers! Can't place any blame on the keeper, he didn't stand a chance! #bcfc

60 yard screamer aside, that was some 2nd half performance from Kieftenbeld. I hope to god we don’t lose either him or Gardner for any extended period, they’re the perfect partnership #bcfc

60 yard screamer by Kieftenbeld, keeper had no chance!???? #bcfc

Kieftenbeld, his goal aside, was also fantastic, screened superbly well, won everything in front of the defence today, kept running and even grabbed an assist, another superb performance #kro #bcfc