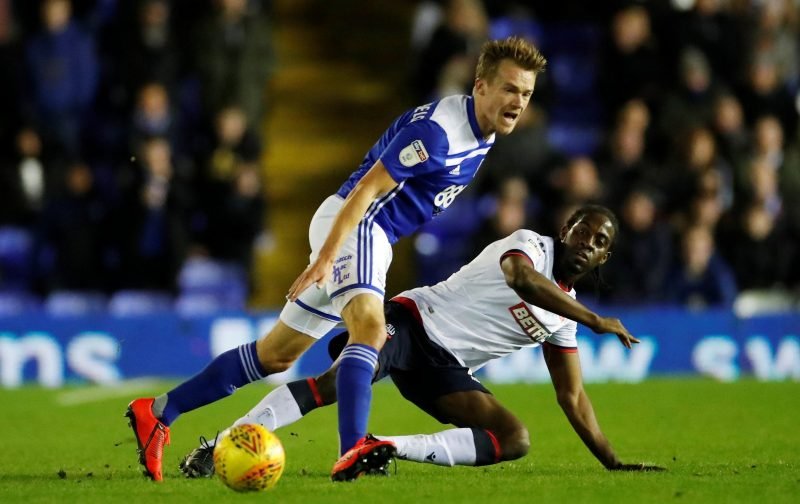 Nice to see a friendly face.

Now it’s time to see whether or not he’ll be the knight in shining armour that we’ve been hoping for, or if he’ll just be a passenger along for the ride as we slowly descend down the table. Let’s just hope that it is the former.

Maikel Kieftenbeld has been out of action for some time now, having suffered a cruciate ligament injury during a game with Leeds United last season, but it looks as if his comeback is getting ever nearer as the club posted a video of him on the training ground on Thursday afternoon.

And this is something that has been met with great joy by the Birmingham City fans, who flocked to social media to wish him all the best in his recovery and that they were looking forward to seeing him in a Blues shirt once again. There were even a couple of fans who really did think that he’d be the knight in shining armour the way that they were going on about him.

Can’t wait to have him back

Good to see him back training again. We've missed the passion and fight he gives for the shirt.

he's one player that can make blues click he been sadly missed. Along with a more deadly striker in front of goal. kro

Get in there this bloke wears the shirt with pride. Give him the captains armband he will sort us out.

Passion , the fight spirit that he gives to blues

Will Kieftenbeld's return be a 'turning point' in our season

Now after that sort of build-up from the fans, let’s hope that he doesn’t let us down.