Once the survival mission is accomplished, Birmingham City must back Garry Monk

There was a time in the not so distant past that you could say with absolute clarity ‘Blues have had more manager’s than wins’.

While I may sound like a management obsessive with my constant sniping at all of those who have tried but failed in the St. Andrew’s hot seat, I’m merely an observer looking from the outside in.

Firstly, I wish to place on record (again) that the main culprits of Birmingham City’s downward spiral are the Board of Directors. They may be ambitious people who have the club’s best interests at heart but their short time in control of our club has thus far been marred by bad decision after bad decision.

Gary Rowett (sorry to bring him up again) should never have been sacked when he was. I wasn’t a massive Rowett fan but to make a change requiring such an overhaul halfway through a season was sheer madness. Ok, Rowett wouldn’t still be here now – and frankly, he is being found out at Derby, a post in which he has received much financial backing but is the latest victim of their ‘promotion curse’ – but we can all agree that his dismissal was ill-judged.

Hiring Gianfranco Zola was the most catastrophic error I have known in my time as a Blues fan. He had a vision which was so far outside the comfort zone of the players he inherited, it was always going to end in disaster. Many claim to feel sorry for the Italian but he knew exactly what he was walking into. 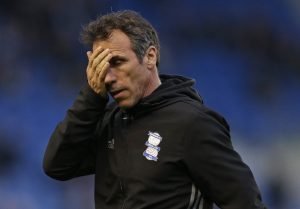 Harry Redknapp came in and saved us from the drop but he didn’t, as the song suggested, take us to the top. And those who say ‘he wasn’t given time’ are wrong, in my view. ‘Arry couldn’t be arsed to make the journey from Sandbanks more than twice a week so left all and sundry to his coaching staff. What sort of example does that set?

Redknapp is like a kid playing Football Manager on their PC. He spent a lot of money, picked the team, gave the odd inspiring (and often unrealistic) media interview – but delegated everything else to his lapdogs.

Steve Cotterill was an accident waiting to happen. I recall watching his interview on Blues TV immediately after his unveiling. Forty minutes of unadulterated waffle. Now, I appreciate that he doesn’t get paid to be a public speaker, but as a fan, you want to feel at ease with what the gaffer is saying. The results were poor and the football was mind-numbingly dull. He never embraced the club, he never attempted to build a relationship with the fans. 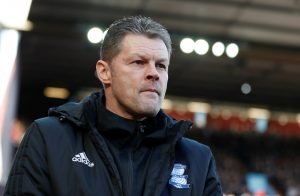 Garry Monk, on the other hand, seemed the perfect match. If he was on a football equivalent of Tinder, Blues fans would most certainly have swiped right.

Initially, I thought the club had left it too late before sacking Cotterill and hiring Monk. But it seems they may have got in just before the train derailed. At the time of writing, Blues sit five points above the relegation zone with two games remaining.

Safety is within touching distance. Once the mission is accomplished, Blues must give Monk what he feels is necessary to build a team capable of competing at the business end of the Championship. No transfer committee, no penny pinching, no frills.

Monk has only been at the helm for 51 days but already the improvement is evident. The club is united once again, the connection between terrace and pitch is back. Even the team look half-decent – something I never thought I’d be writing.

If Monk can achieve all of this in less than two months, imagine what he could do given a year or two…