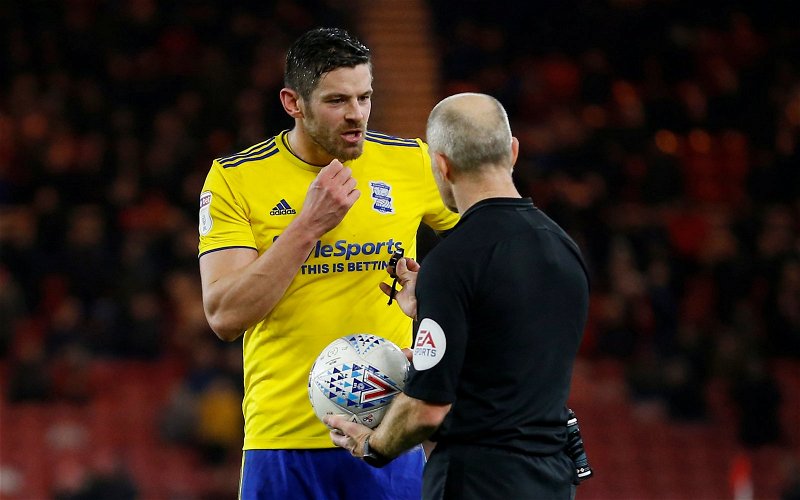 Three points, three goals, against a team that could have gone third if they’d have picked up the victory. And it was our third goal that had a rather special meaning behind it. Just a shame nobody scored a hat trick to keep the fun of three going.

With the Blues having gone through a few forwards this year trying to find a partner for Lukas Jutkiewicz, the big man proved last night that on some occasions he doesn’t need any help. Just give him a long ball out from the back and let him fight the defender for it.

That goal though was not any ordinary goal, as it was the 100th goal of his career, and it really couldn’t have come at a better time, sealing a victory against a top-six side for the second week in a row for the Blues.

And Birmingham fans were never going to be shy when it came to praising the big centre-forward, with some going to great lengths to show their love.

— out of context birmingham (@outofcontextbir) February 7, 2020

Jukie has Gotta be up there with our best centre forwards ever, That goal was pure magic.

Best Brexit Striker in the League

Feed The Juke and he will score ⚽️ #KRO

What a lovely take and great finish from Juke! Worth his weight and should get more credit from pundits outside of the club!