Nikola Zigic: “Blues fans can be the difference” 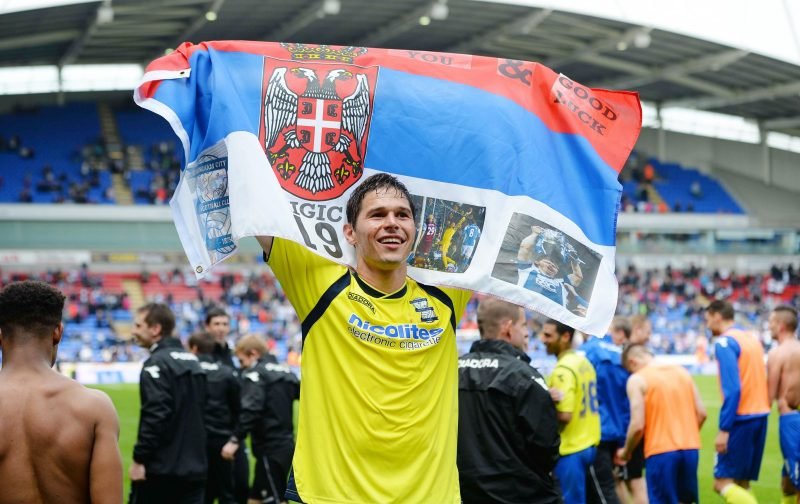 Nikola Zigic is confident Blues can avoid the drop into League One and has urged the supporters to make a difference.

The Blues legend scored in the infamous final day escape at Bolton in 2014 and is adamant that the players are capable of doing it again.

The giant Serb told bcfc.com: “I’ve watched this season closely and it’s like ‘what has happened?’”. He continued- “I think that with the new manager the players have responded and they can do it. It’s like Bolton and Bristol, isn’t it?”.

In praise of the Blues fans, Zigic said- “It makes a difference when they are all behind the lads at St. Andrews. The atmosphere can be fantastic and I have friends who have told me that it has been like that in recent games. That’s what Birmingham fans are like and the players can feed from it”.

Zigic scored 36 goals in 159 appearances for Blues after signing from Valencia in 2010 for a then-record fee of £6m. The six-foot-eight striker was prone to scoring big goals in big games – including the winner against Aston Villa in the Quarter Finals of the League Cup and the opening goal in the Final at Wembley.

Blues are now in desperate need of a new hero as they approach the final three games of the season.