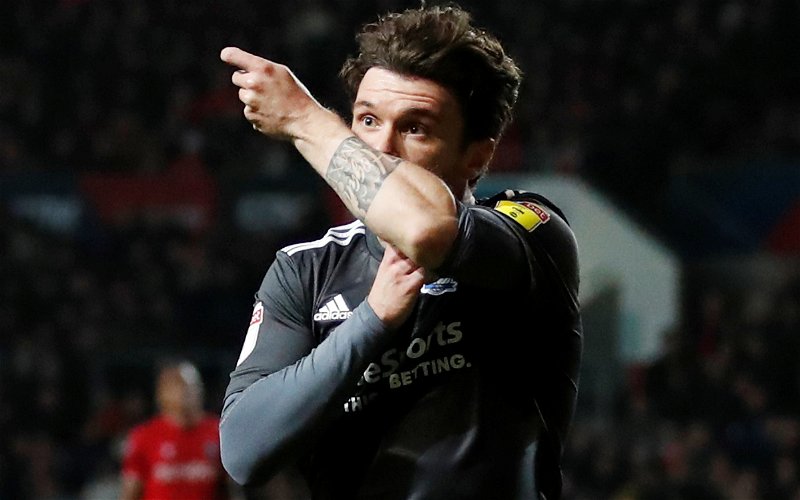 That was the attitude that one former Premier League midfielder had when it came to our recent signing of Scott Hogan.

Speaking to Football Insider, Michael Brown claimed that he wasn’t too impressed with the fact we brought in the 28-year-old, saying that Hogan isn’t exactly the finished product and will need to get better:

“It was a case of him not really scoring, not really playing enough games, obviously he’s now gone on to Birmingham and I think he needs to improve. It depends what Birmingham side as to how he gets on, they’ve made some signings – Adam Clayton from Middlesbrough for example – and we’ll see how they get on.”

I personally think there’s a little bit of recency bias creeping in to Brown’s comments here, because history shows he wasn’t a total disaster at St Andrew’s first time around. Yes, he didn’t have the greatest return after the restart, but in all honesty did anyone at the club?

And it’s not as if we’re going to be relying on him to be our main source of goals this season, that will as usual fall on Lukas Jutkiewicz. He’ll just be asked to supplement him every now and again either starting or off the bench, and if he were to get seven or eight goals this season, then that would be a pretty good return in the grand scheme of things.

If he can bring back the kind of form he has when he initially came to the club, in fact even half the return would be excellent, then we’re onto a winner. Does he need to improve? Obviously he does, but I don’t think that we need to see anything drastic coming from Hogan if we are to have a successful campaign this time around.

What about you? What do you make of Brown’s comments?